Ricardo "Richard" Muñoz Ramírez was a convicted Mexican American serial killer awaiting execution on California's death row at San Quentin State Prison. Prior to his capture, Ramírez was dubbed the "Night Stalker" by the news media as he terrorized California for over a year. After nearly 24 years on death row, Ramirez died of complications secondary to B-cell lymphoma at Marin General Hospital in Greenbrae, California, on June 7, 2013. He was 53 years old,

Richard Ramírez may have been influenced into becoming a murderer by his cousin Mike, a Special Forces Vietnam War veteran who boasted of killing and torturing his Vietnamese enemies. He showed young Richard polaroid pictures of his battered and murdered victims. Ramírez was also present the night Mike shot and killed his wife, her blood splattering on Ramirez's face.

On March 17, 1985, Richard Ramírez attacked 22-year old María Hernández outside her home. He shot her before entering her house. Inside was Dayle Okazaki, age 34, whom Ramírez immediately shot and killed. Maria Hernández survived. The bullet had ricocheted off the keys she held in her hands, as she lifted them to protect herself.

Within an hour of killing Okazaki, Ramírez struck again in Monterey Park. He jumped 30-year-old Tsai-Lian Yu and pulled her out of her car onto the road. He shot her several times and fled. A policeman found her still breathing, but she died before the ambulance arrived.

The two attacks occurring on the same day bolstered media attention, and in turn caused panic and fear among the public. The news media dubbed the attacker, who was described as having long curly hair, bulging eyes and wide-spaced rotting teeth, "The Walk-in Killer" and "The Valley Intruder".

On March 27, Richard Ramírez shot Vincent Zazarra, age 64, and his wife Maxine, age 44. Mrs. Zazzara's body was mutilated with several stab wounds and a T-carving on her left breast. Her eyes were also gouged out. The autopsy determined that the mutilations were post-mortem.

Ramírez left footprints in the flower beds, which the police photographed and cast. This was virtually the only evidence that the police had at the time. Bullets found at the scene were matched to those found at previous attacks, and the police realized a serial killer was on the loose. Vincent and Maxine's bodies were discovered in their Whittier home by their son, Peter.

By this time, a multi-county police investigation was in operation. The law enforcement agencies worked through the month of April with no additional attacks by Ramírez. Two months after killing the Zazzara couple, Ramírez attacked a Chinese couple, Harold Wu, age 66, who was shot in the head, and his wife, Jean Wu, age 63, was punched, bound, and then violently raped. For unknown reasons, Ricahard Ramírez decided to let her live.

Ramírez's attacks were now in full throttle. He left behind more clues to his identity, and was now called 'The Night Stalker' by the media. Survivors of his attacks provided the police with a description of a tall, Hispanic, long dark haired man.

On May 29, 1985, Ricardo Ramírez attacked Malvial Keller, 83, and her disabled sister, Blanche Wolfe, 80, beating each with a hammer. Ramírez attempted to rape Keller, but failed. Using lipstick, he drew pentagrams on Keller's thigh and on the wall in the bedroom. Blanche survived the attack.

The next day, Ruth Wilson, 41, was bound, raped, and sodomized by Ramírez, while her 12-year old son was locked in a closet. Ramírez slashed Wilson once, and then bound her and her son together, and left.

In June and July, three more women were killed. Two had their throats slit, one was beaten to death, and all three had their homes invaded in the process. On July 5 Whitney Bennett, age 16, survived being beaten with a tire iron. On July 7 Linda Fortuna, 63, was attacked and Ramírez tried to rape her, but failed. On July 20 he again struck twice. In Sun Valley he shot and killed a 32-year-old man, Chitat Assawahem, and his wife Sakima, 29, was beaten and forced to perform oral intercourse. Ramírez then collected valuables and proceeded to leave. Later in the same day a Glendale couple, Maxson Kneiding, 66, and his wife Lela, also 66, were shot and their corpses mutilated.

Ramírez then left the Los Angeles area. On August 17, he shot to death a 66-year-old man in San Francisco, also shooting and beating his wife. The wife survived her wounds and was able to identify her attacker as "The Walk-in Killer" from police sketches. Since "The Walk-in Killer" no longer fit the modus operandi of the attacker, the news media re-dubbed him the "Night Stalker".

The next big break in the case came on August 24, 1985, Ramírez traveled 50 miles south of Los Angeles to Mission Viejo, and broke into the Mediterranean Village apartment of Bill Carns, 29, and his fiancée, Inez Erickson, 27. Ricardo Ramírez shot Carns in the head and raped Erickson. He demanded she swear her love for Satan and afterwards, forced her to perform oral intercourse on him. He then tied her up and left. Erickson struggled to the window and saw the car Ramírez was driving. She was able to give a description of both Ramírez and his orange Toyota station wagon.

A teenager later identified the car from news reports and wrote down half its license plate number. The stolen car was found on August 28, and police were able to obtain one fingerprint that was on the mirror of the vehicle. The prints belonged to one 'Richard' Muñoz Ramírez, who was described as a 25-year-old drifter from Texas with a long rap sheet that included many arrests for traffic and illegal drug violations.

Two days later, his mugshots were broadcast on national television and printed on the cover of every major newspaper in California. The next day Richard Ramírez was identified, surrounded, and severely beaten by an angry mob in East Los Angeles as he was trying to steal a car. Police had to break up the mob to prevent them from killing Ramírez.

Jury selection for the case started on July 22, 1988, and on September 20, 1989, Richard Ramírez was found guilty of 13 counts of murder, 5 attempted murders, 11 sexual assaults and 14 burglaries. During the penalty phase of the trial on November 7, 1989, he was sentenced to die in California's gas chamber.

The trial of Richard Ramírez was one of the most difficult and longest criminal trials in American history. Nearly 1,600 prospective jurors were interviewed. More than one hundred witnesses testified and, while a number of witnesses had a difficult time recalling certain facts four years after the crimes, others were quite certain of the identity of Richard Ramírez.

On August 3, 1988 the Los Angeles Times reported that some jail employees overheard Ramírez planning to shoot the prosecutor with a gun, which Richard intended to have smuggled into the courtroom. Consequently, a metal detector was installed outside of the courtroom and intensive searches were conducted on people entering.

On August 14, the trial was interrupted because one of the jurors, Phyllis Singletary, did not arrive to the courtroom. Later that day she was found shot to death in her apartment. The jury was terrified. They could not help but wonder if Ramírez had somehow directed this event from inside his prison cell, and if he could reach other jury members.

However, Ramírez was not responsible for Singletary's death; she had been shot and killed by her boyfriend, who later killed himself with the same weapon in a hotel. The alternative juror who replaced Singletary was too frightened to return to her home.

By the time of the trial, Richard Ramírez had fans who were writing him letters and paying him visits. Since 1985, freelance magazine editor Doreen Lioy wrote him nearly 75 letters during his incarceration. In 1988 he proposed to her. On October 3, 1996, they were married in California's San Quentin State Prison. Lioy has stated that she will commit suicide when Ramírez is executed.

Ricardo Ramírez, the Night Stalker, died in prison on June 7, 2013. Doreen made no statement. Nor did she kill herself. 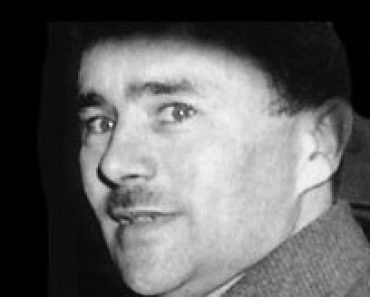 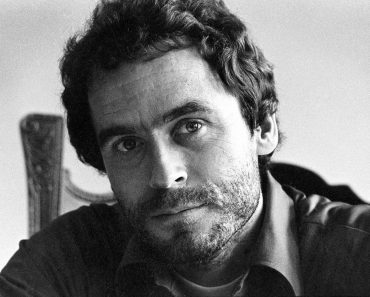 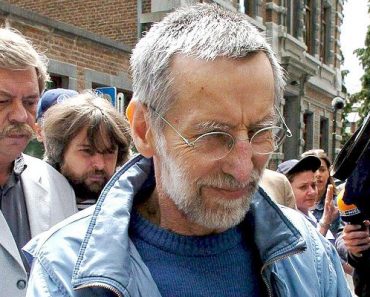