In the early morning hours of March 1, 2008, two young men burst into the Caffey home in Alba, Texas, and embarked on a killing spree.

Two young children and their mother were brutally murdered.

Their father, Terry Caffey, suffered multiple gunshot wounds but somehow managed to drag himself from the house before it was engulfed in an arson fire.

Terry Caffey’s tragedy was set in motion about five months before the murders, when his 16-year-old daughter, Erin Caffey, began dating 19-year-old Charlie Wilkinson. Neither Terry nor his wife, 37-year-old Penny Caffey, approved of the relationship.

“Early on, I had reservations about the young man,” Terry Caffey said. “There were just things about him that didn’t sit right with me.”

Hoping the relationship would eventually flicker out on its own, the Caffeys went about their daily routines and focused on their Christian church and their love of music.

Tyler, 8, played the guitar and Matthew, 13, played the harmonica. Penny played piano at church. Erin Caffey was the vocalist, but once she started dating Wilkinson, her interests changed.

“We had been dealing with Erin, with the rebellion going on and keeping an eye on everything,” Terry Caffey said.

On Feb. 21, 2008, Terry Caffey went to visit his father and found him dead of natural causes. It was a tough week for Caffey, but there was much more heartache to come.

A few days after Terry buried his father, he came across Erin’s boyfriend’s MySpace page. He was not pleased. “After we saw those things, “Terry said, referring to drinking and sexual activity posts. “We pulled Erin aside and told her that we didn’t raise her this way and that he was not good for her.”

Two days after Caffey’s talk with Erin, Charlie Wilkinson pulled up outside the Caffey house in the middle of the night. He had two friends with him, 20 year old Charles Allen Waid and his 18 year old girlfriend, Bobbi Gale Johnson. Erin Caffey ran out of the house in her pajamas to meet the group and then sat in the car while Wilkinson and Waid entered the house.

Terry Caffey recalls that it was about 2 a.m. when a noise woke him.

“They, Wilkinson and Waid, burst into our bedroom and opened fire, shooting me several times,” Terry Caffey said. “Not only did they come in shooting, they also came in with a samurai sword. After they shot Penny, they shot me three more times in the back and once in the back of the leg.

All in all, I think I had been shot 11 times. I could not feel the right side of my body and nothing would come out of my mouth. I felt I had been shot in the face. Then one of them took the sword and stabbed Penny in the neck, nearly decapitating her.”

Caffey said he was going in and out of consciousness, but he thought of his children, who were asleep upstairs.

“I began to panic,” Terry said. “I was trying to get up and I heard Matthew begin to cry out. He said, ‘No, Charlie. No. Why are you doing this?’

When I heard his name mentioned by Matthew, I knew who was in my house and why he was there. Then I heard the gunfire. I tried to get up again, but the blood rushed to my head, and I collapsed. I was later told Matthew (13) had been shot, whereas they took turns stabbing 8 year old Tyler, who was hiding in a closet.”

Terry is uncertain how long he was unconscious. While he was out, Wilkinson and Waid had gone through the house setting fire to the furniture.

“When I woke up, the house was on fire,” Caffey said. “I knew I wasn’t able to get upstairs because the flames were just pushing me back into the bedroom, so I crawled on the bed and found Penny. She was already gone. I finally managed to crawl out our bathroom window and then drag myself away from the house.”

Roughly two hours passed from the start of the attack until Caffey was able to crawl 300 yards through the woods to neighbor Tommy Gaston’s house. When Gaston called 911, the operator asked him where Caffey was bleeding. Gaston replied: “Where isn’t he bleeding from? It’s a miracle he’s here at all.”

Erin Caffey was not initially considered a suspect. But during police questioning, Waid told police he had been promised $2,000 for helping “take care of business” in the murders. According to police, all of the statements given by Wilkinson, Waid and Johnson were the same: The murders were planned by Erin Caffey.

Erin Caffey was arrested while she was on the way to visit her father at the hospital. All four defendants were initially charged with three counts of capital murder.

Terry Caffey said that before he could move on with his life, he had to forgive those who took the lives of his family. He intervened on behalf of Wilkinson and Waid, who were facing the death penalty and asked that it be taken off the table.

“I wanted them to have a chance to find remorse and hopefully be sorry for what they had done, have a chance for repentance,” he said.

It took several months, but eventually a plea deal was reached. As part of that deal, Wilkinson and Waid had to face Caffey and explain their actions.

“The only little bit of remorse I got was from Wilkinson,” Caffey said. “He kept looking down and cried a little bit. It was pretty tough for him. He told his lawyer later that it was the toughest thing he ever had to do.

Caffey had an equally difficult time when he sat down with his daughter.

“I asked her about it and she started crying.” “She said, ‘I have nothing to hide from you. I will tell you anything you want.'”

In October 2008, Wilkinson and Waid were each sentenced to life in prison without the possibility of parole. Three months later, Johnson and Erin Caffey both pleaded guilty to murder.

Johnson was sentenced to two 40-year concurrent sentences, and Erin Caffey was given two consecutive life sentences, plus 25 years. Johnson will be eligible for parole in 24 years. Erin will not be eligible until she serves roughly 40 years of her sentence. 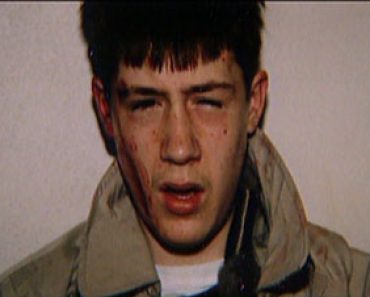 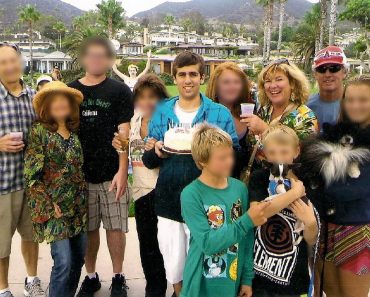 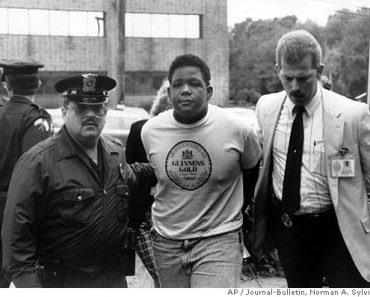