Incarcerated on death row at the Allan B. Polunsky Unit, Texas

On July 9, 2014, a mass shooting occurred in a home located in the town of Spring, Texas, a suburb of Houston, leaving six family members dead, four of them children, and a lone survivor. The suspected shooter, later identified as 33-year-old Ronald Lee Haskell, was apprehended after a standoff that lasted several hours. Haskell was related to the victims by a former marriage.

Police and court documents state that Ronald Lee Haskell arrived at 711 Leaflet Lane, dressed as a FedEx employee. Haskell was reportedly searching for his ex-wife, the sister of the mother living in the home. The door was answered by the mother’s 15-year-old daughter, who initially didn’t recognize him. He asked for her parents and she told him they weren’t home.

Ronald left, but returned a short time later and told the girl he was her ex-uncle. When she tried to close the door on him, Haskell forced his way inside, tied her up and made her lie face-down. Haskell did the same to the other four children and their parents, when they returned to the house. Haskell then reportedly shot all seven people in the back of the head “execution-style” when they wouldn’t tell him where his ex-wife was.

Five of the victims died at the scene, while one child died shortly after arriving at a hospital. The lone survivor, the 15-year-old girl who initially answered the door, was able to identify the suspect, telling responding police that the gunman was planning on going after other family members.

She survived being shot by raising her hand, deflecting the bullet enough to just graze her head, suffering only a skull fracture and an amputated finger, then “played dead”.

Using the girl’s information, police confronted the suspect at a second home; a chase ensued for twenty minutes, involving about two dozen patrol cars and eventually ending at a cul-de-sac located about three miles from the scene of the shooting, shortly before 7:00 p.m. The police managed to disable the suspect’s car with a spike strip, corner him at the cul-de-sac, and block his car with two armored vehicles. The suspect held a pistol to his head and spoke to police via cellphone. Nearby homes were evacuated during the standoff. After around three hours passed, the suspect surrendered to police without incident.

Who is Ronald Lee Haskell

Ronald Lee Haskell, Jr., born August 26, 1980, was identified by police as the sole suspect in the shooting. He was raised in Escondido, California, and also lived in Eagle River, a community in Anchorage, Alaska, until 2004. In Alaska, he attended Chugiak High School, graduating in 1999. He had been voted as the class clown and king for both prom and homecoming. He worked as a parcel delivery driver for an independent service that had a contract with FedEx.

Melannie Lyon later divorced him on February 14, 2014 and moved to Houston with the help of her sister, Katie Stay, who later became one of Haskell’s victims.

Haskell had previously faced domestic assault charges and had a protective order put against him by his wife before they divorced. In June 2008, Ronald Lee Haskell was charged with suspicion of domestic violence, simple assault, and committing an act of violence in front of children, after reportedly dragging his wife out of bed by the hair and hitting her on the side of her head. Haskell said he had only pushed his wife. He later pleaded guilty to the simple assault charge, and not guilty to the domestic violence charge; the charges were later dismissed after a plea deal was reached.

On July 8, 2013, a protective order was filed by Melannie Lyon and served the following day. Melannie Lyon filed for divorce in August. The protective order was later dismissed in October 2013 when the Haskell agreed to a mutual restraining order in the divorce and custody arrangements involving their four children. He had been living with his parents in San Marcos, California, since the divorce; police later stated that Haskell was found holding a California driver’s license.

On July 2, 2014, over a week prior to the shooting, Haskell’s mother, Karla Jeanne Haskell, told San Marcos police that she wanted a restraining order against her son after having “a ferocious argument” with him, during which he reportedly forced her into the garage, tied her wrists with duct tape, taped her to a computer chair for almost four hours, and threatened to kill her and his entire family. The incident was allegedly sparked when Karla Haskell told him that she was in contact with his ex-wife. Deputies investigating the incident searched for Haskell at known hangouts, but were unable to find him. They would later learn that Haskell had been arrested in Texas for a mass shooting.

On the morning of July 10, 2014, Ronald Lee Haskell was charged with six counts of capital murder, according to the Harris County Sheriff’s Office. He was held without bond, and made his first court appearance on July 11.

In court, as the charges against him were read, he began shaking and later collapsed for reasons that are still unclear. When deputies lifted him to his feet, Haskell stood for a minute, then collapsed again. As a result, he had to be carried out of the courtroom in a wheelchair.

In court, as the charges against him were read, he began shaking and later collapsed for reasons that are still unclear. When deputies lifted him to his feet, Haskell stood for a minute, then collapsed again. As a result, he had to be carried out of the courtroom in a wheelchair.

On September 26, 2019, Ronald Lee Haskell was found guilty of capital murder and was sentenced to death by lethal injection on October 11, 2019. He is currently on death row at the Allan B. Polunsky Unit near Livingston, awaiting execution. 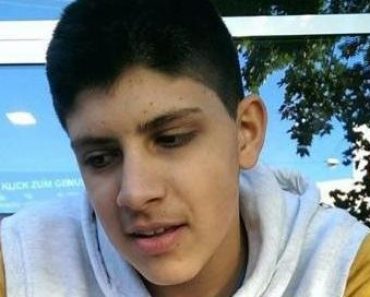 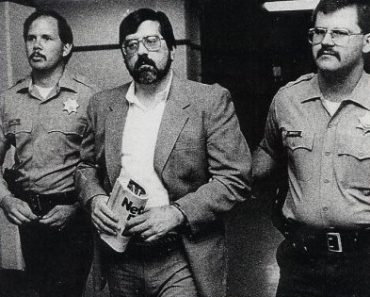 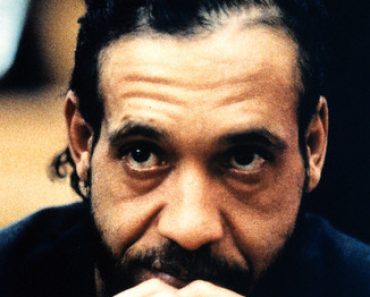