The Victims of Rosemary and Fred West

They raped, tortured and murdered most of their victims at their home, burying their dismembered bodies near or under their house.

Here are the victims of Fred and Rosemary West.

The Victims of Fred and Rosemary West

Ann McFall is believed to be Fred West’s first victim.

The 18-year-old from Scotland had met Fred West via his former girlfriend, and the mother of his two children, Rena. She was instantly attracted to the 21 year old man who flirted openly with her. Together with Rena, Fred, and Isa McNeill (nanny to their two children), Anne McFall, moved into the Lakeside Caravan Trailer Park at the end of 1965.

To escape Fred’s sadistic sexual demands, Rena and Isa moved to Scotland in 1966 while Ann McFall chose to stay on with Fred West. In May of 1967 McFall, who was eight months pregnant with West’s child, suddenly vanished. Ann McFall was never reported missing and her remains were not found until June of 1994. Her remains, and those of their unborn baby, were found in a field at Kempley, near Fred West’s home village.

Catherine Costello, who went by her prostitution name, Rena, was the first wife of Fred West, the mother of one of his children and the second woman he would murder.

Fred and Rena met and married in 1962. Rena was already pregnant with another man’s child and she gave birth to a little girl in 1963. She named her Charmaine. She went on to have another baby, a year later, that she named Anne Marie.

In September 1967, Rena returned to live with Fred West again. However, in 1969, after putting the children in his care, she again left him amid reports of violence and sexual abuse. Friends and family reported losing all contact with her in August of 1971. The same year she went looking to retrieve her daughter, Charmaine. (Who, by the way, was already dead and buried in the yard.)

The 26-year-old’s remains were found, dismembered and in plastic bags, in a field in Kempley, very close to where Ann McFall’s remains had been buried.

While still married to Rena, 27-year-old Fred West met his future wife, Rosemary Letts, on November 29, 1968. On her 16th birthday she moved in with him and a few months later they moved from the trailer park to a two-story house in Midland Road, Gloucester. On October 17, 1970, Rosemary gave birth to their daughter, Heather Anne. Fred was imprisoned for theft on December 4 that year and not released until June 24, 1971.

It is believed that Rosemary killed 8 year old Charmaine West shortly before Fred’s release in June.

Charmaine disappeared in mid June, with Rosemary explaining that Rena had taken her daughter back to Scotland.

When Fred was released, he buried his daughter’s body beneath the kitchen window at the couple’s home in Midland Road, in Gloucester.

The Victims of Fred and Rosemary West

Lynda Gough lived in Gloucester with her family. She attended a private school in Midland Road.

Lynda became friendly with lodgers at the West’s home at 25 Cromwell Street. She is believed to be the first sexually motived murder by the Wests.

The 19-year-old vanished in April 1973 and her parents reported her missing.

Following her disappearance Gough’s mother went to the West residence looking for her daughter. Rosemary, wearing Gough’s clothes, told her Lynda had moved in order to work in Weston-super-Mare.

Miss Gough’s remains were found, dismembered, in a former car inspection pit in a garage that had been converted into a bathroom at 25 Cromwell Street.

At the time of her disappearance in November 1973 Carole Ann Cooper, known as Caz was staying at The Pine Children’s Home.

She had been given permission to spend the weekend with her grandmother and disappeared after boarding a bus back to the home following a night out on November 10, 1973.

Extensive enquiries were made by West Mercia officers but they were unable to track her down.

Her body was eventually found, more than twenty years later, buried in the cellar at 25 Cromwell Street. Detectives concluded the Wests had picked her up while she was hitch-hiking. Others believe she was taken, by the West’s, while walking home from the movies.

Lucy Partington was a well liked women who went to Exeter University. On December 20, 1973, Lucy returned home for Christmas holiday. Two days later the 21 year old disappeared after leaving a friends house. It is thought the Wests picked her up while she was waiting for a bus.

Lucy’s mother immediately reported her missing and a massive search began at once.

There is strong evidence that the Wests kept Lucy alive for at least several days. A week after she disappeared, Fred West went to a hospital in the early hours of January 3, 1974 to get a serious laceration stitched up.

Lucy’s dismembered remains were eventually discovered beneath the floor of the cellar at 25 Cromwell Street and with it, a knife matching the cut that Fred had treated at the hospital. Police determined he had sustained the injury while dismembering Lucy’s body.

Therese Siegenthaler disappeared at Easter in 1974 having set out hitch-hiking to Ireland to visit a friend. She never reached her destination.

An investigation was carried out by the Metropolitan Police spanning a number of years but with no success.

Therese’s remains too were found under the floor of the cellar at 25 Cromwell Street.

Shirley Hubbard was just 15 years old and was the youngest of the of the victims to be found at Cromwell Street address.

She attended Droitwich High School and, at the time of her disappearance, was engaged in work experience at Debenhams in Worcester.

On November 14, 1974, Shirley left work and was believed to have been travelling home, but she never arrived. Her disappearance was reported but no trace of her could be found.

When her remains were finally found, Shirley’s head was completely covered in tape with only a three-inch rubber tube inserted to allow her to breathe.

In April of 1975, when Juanita was 18 years old, she left her address in Newent. It is believed that she was travelling to Gloucester. But she vanished, the day before a friend’s wedding.

Her disappearance was not reported to the police but her family did contact the Missing Persons Bureau and the media.

Her remains were eventually discovered in the cellar of 25 Cromwell Street.

Shirley Anne Robinson lived with Fred and Rosemary West. She was a prostitute for them and Fred West’s lover. It had been suggested that Rosemary became disgruntled with the woman and told Fred that Shirley had to “go”.

Shirley was about eight months pregnant, with Fred’s child when she was last seen in May 1978.

Her body and her unborn child were found buried in the garden at the Wests’ home. She was the first victim buried outside the house.

Alison Chambers, known as Ali, was 16 years old and a rebellious teenager. She was known to be a frequent visitor to 25 Cromwell Street.

She suddenly vanished in August of 1979, shortly before her 17th birthday. Her disappearance was reported to the Missing Persons Bureau.

She is the last known sexually-motivated killing by Fred and Rosemary West.

Her remains were discovered in the garden at 25 Cromwell Street.

The Last Victim of Fred And Rosemary West

Heather West was the first child of Fred and Rosemary West, born on October 17, 1970. Her murder demonstrated the depths of evil the couple were prepared to plummet to.

She was 16 when she was murdered in June 1987. She was the first victim whose body was found at 25 Cromwell Street and is believed to have been the last victim of the Wests’ killing spree.

Heather became the focus of Fred’s ‘attentions’ after Anne Marie left home. Fred West claimed he had not meant to kill her but she had been sneering at him and he “had to take the smirk off her face”. Authorities believe however that Heather may have threatened to go to the law and was the true reason Fred determined she had to die.

Rosemary told an inquiring neighbor the following day that she and Heather had had a “hell of a row” so it is believed Rosemary may have initiated her daughter’s death. Fred and Rosemary told their other children that Heather had left for a job in Devon, but later changed their story to her having run off with a lesbian lover.

Heather had just finished her GCSE examinations when she went missing. Her parents never reported her “disappearance”, although they told various people they had.

In reality, Heather West had been murdered and was buried under the garden patio. 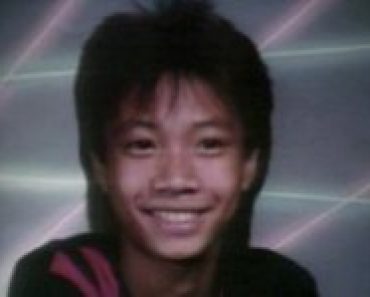 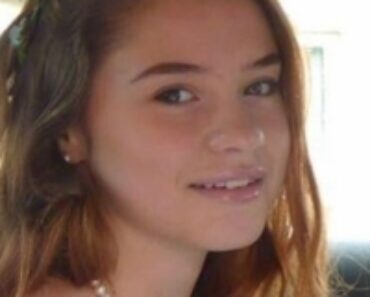 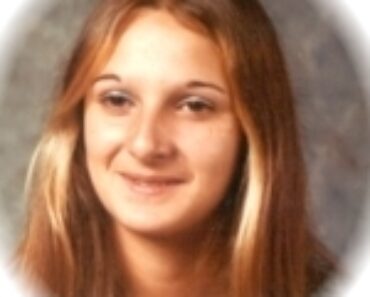