In 1977,  Dennis Rader, the BTK Killer decided to resurface after three years of silence. He spotted his soon-to-be victim while ‘trolling’ a familiar neighborhood. Her name was Cheryl. He had met her at a bar. Fortunate for Cheryl, she was not at home that day. But Dennis Rader was on a mission and would not, could not, be dismayed. He entered the house of Shirley Vian. After ordering her three children into the bathroom and locking them in, he murdered the 24 year old as her babies cried out from their cell. In his later confession, Dennis Rader stated that a ringing telephone caused him to leave early without murdering the children.

On March 17, Shirley Vian became the sixth victim of the BTK KILLER, leaving behind her three kids and a husband.

– Described In His Own Words –

The Murder of Shirley Vian by the BTK

Judge Gregory Waller: Let’s turn to count number six. In that count, they claim, on March 17th, 1977, in Sedgwick County, Kansas, that you unlawfully killed Shirley Vian, maliciously, willfully, deliberately and with premeditation, by strangulation inflicting injuries from which she did die on March 17th, 1977. Can you tell me what you did on that day?

Dennis Rader: Yes. Before Vian was a… Actually, on that one, she was completely random. There was actually someone across from Dillon’s that was the potential target. It was called ‘Project Green’, I think. I had project numbers assigned to it. On that particular day I, uh, drove to Dillon’s, parked in the parking lot, watch this particular residence then got out of the car and walked over to it. It’s probably in the police report, the address — I don’t remember the address now.

I knocked, nobody answered it so, I was all keyed up so I just started going through the neighborhood. I had been through the neighborhood before. I kind of knew, a little, the layout of the neighborhood. I had been through the back alleys, knew where certain people lived. While I was walking down Hydraulic, I met a young boy. I asked him if he could ID some pictures, kind of as a ruse, I guess, trying to feel it out. I saw where he went. I went to another address and knocked on the door. Nobody opened the door so I just, noticed where he went and went to that house and went from there.

Steve Relford – Son of Shirley Vian – He saw it all

MARCH 1977 – Steve Relford was a typical five year old growing up with two siblings and a loving set of parents. When his mother Shirley, who was lying in bed ill, asked the boy to get her some soup from the nearby store, Steve was quick to comply.

As he approached his house on the return trip, a man on the street approached him. The man showed him a picture of a woman and her young child and asked if he knew them.

Steve assured the man he did not and hurried onward toward home.

Dennis Rader, the BTK killer, watched to see exactly where the boy went before turning toward another house and walking up to the door.

To The House of Shirley Vian

Judge: You call these ‘projects.’ Were these sexual fantasies also?

Rader: Potential hits. In my world, that’s what I called them. They’re called projects, yes.

Judge: And why did you have these potential hits? Was this to gratify some sexual interest or…

Rader: Yes sir. I had a lot of them so it’s just, if one didn’t work out I just moved to another one.

Judge: Alright. So as I am to understand it, on the 17th of March, 1977, you saw this little boy go into a residence and you tried another residence but no one was there.

Judge: You tried another residence but no one was there so you went to the residence with the little boy?

Rader: Right, and I watched where he went.

The Man at the Door

There was a knock at the door. Steve and his brother raced to answer it. Steve pulled opened the door. The man before him said he was a detective. He walked into the house and shut the door. Three youngsters looked up at him. Once inside, the man turned off the TV and closed all of the blinds. He pulled out a gun.

Shirley Vian, clad only in her house robe, entered the room just as the phone rang. Steve asked his mother if he should answer it, but the man immediately ordered him to let it alone. Shirley told her five year old to do as the stranger said.

Then begged the intruder not to hurt her children.

The Murder of Shirley Vian

Rader: After I tried the residence where no one had came to the door I went to this house where he had went in, knocked on the door and told them I was a private detective, showed them a picture that I had just shown the boy and asked them if they could ID the picture. And at that time, I had the gun here and I just kind of forced myself in. I just walked in, just opened the door and walked in and pulled a pistol.

Judge: What gun? What pistol?

Judge: So you only had one gun this time?

Rader: I told Mrs., uh, Ms. Vian that I had a problem with sexual fantasies. That I was going to tie her up and that I might have to tie the kids up. And if she would cooperate with us, cooperate with me at that time. We went back. She was extremely nervous. I think she even smoked a cigarette. We went back to one of the back areas of the porch, explained to her that I had done this before and I think, at that point in time, I think that she was sick because she had her night robe on. I think, if I remember right, she had been sick. I think she came out of the bedroom when I went into the house.

So anyway, we went back to her bedroom and I proceeded to tie the kids up and they started crying and got real upset so I said, ‘Ah, this isn’t going to work.’ So we moved them to the bathroom. She helped me. Then I tied the door shut. We put some toys and blankets and odds and ends in there for the kids to make them as comfortable as we could. Tied one of the bathroom doors shut so they couldn’t open it then we shoved, she went back and helped me shove the bed against the other bathroom door. Then I proceeded to tie her up. She got sick, threw up. I got her a glass of water, comforted her a little, then I went ahead and tied her up and put a bag over her head and strangled her.

The Murder of Shirley Vian

Dennis Rader took Shirley to the back porch and explained to her that he intended to tie her up and have his way with her to alleviate his sexual fantasies. He failed to mention that he intended to murder her afterwards and that the children would likewise meet their demise.

With Shirley’s help, the BTK forced the children into the bathroom and locked them in. He tied one of the doors shut with a cord then forced Shirley to help him push a bed against the other. Shirley pleaded with her children to stay put. And they did.

All but Steve. He scrambled to stand on the bathtub and peer out over top of the door to see what was happening to his mother.

“He striped my mother and taped her hands behind her back. He put a plastic bag over her head and a rope around her neck,” Steve would later report.

The children escaped the bathroom some 40 minutes later. Steve tried desperately to untie his mother, but it was way too late. Shirley Vian was dead and the BTK had vanished into thin air.

The Ringing of the Phone

Judge: Alright. Was this a plastic bag also?

Rader: Yes sir, I think it was but I could be wrong on that. It was something. I’m sure it was a plastic bag, yeah.

Judge: You say you put a bag over her head and strangled her. What did you strangle her with?

Rader: Uh, I actually, I think, on that I had tied her legs to the bedpost and worked up with the rope, all the way up and then what I had left over, I looped over her neck.

Judge: Alright, then you used this rope to strangle her.

Rader: Yes, uh-huh. I think it was the same one I used to tie her with.

Rader: Well, the kids were really banging on the door, hollering and screaming. Then the telephone rang. They had talked about earlier that the neighbor was going to check on them so I cleaned everything up real quick like and got out of there, left and went back to my car.

The Otero Family Murders – In The Killer’s Own Words

Charlie Otero was just fifteen years old. He and two of his siblings left early for school on a snowy January morning. When they returned home that afternoon after classes they discovered the murdered bodies of their parents and two younger siblings. All had been suffocated with plastic bags over their heads, save but their nine year old sister Josephine. She had been hanged nude in basement from a sewer pipe.

Judge: When you say you cleaned everything…

Rader: Well, I mean, put my stuff.. I had a briefcase. Whatever I had laying around — ropes, tape, cords — I threw that in there. You know, whatever, you know, that I had that I brought in the house.

Judge: Had you brought that to the Bright residence also?

Rader: There was some.. I think there was some basic stuff but I don’t remember bringing total stuff like I did since some of the others.

Judge: Was this a kit that you had prepared?

Judge: Alright sir, you left the Vian residence and, had you parked your vehicle near there?

The body of Shirley Vian, a happy wife and mother of three was found in her home on March 17, 1977. She was completely naked, bound at her wrists and her ankles. She had a plastic bag over her head and a pink nightgown drawn tight around her throat. 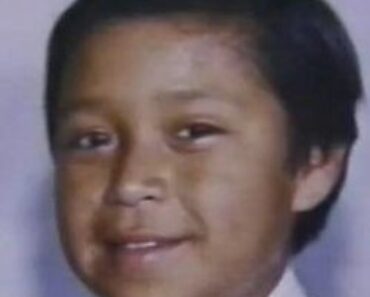