Beautiful Winnie Ruth Judd was an Arizona medical secretary found guilty of murdering and dismembering two of her friends and stuffing them into travel trunks. Newspaper coverage, suspicious circumstances and the sentence she received for her crimes, raised debate over capital punishment.

The Background of Winnie Judd

While employed at the Grunow Medical Clinic in Phoenix, Winnie Judd met Agnes Anne LeRoi, an X-Ray technician who worked with her and her roommate, Hedvig Samuelson. LeRoi and Samuelson had become close friends while living in Alaska and then moved together to Phoenix.

In August in 1931, Dr. Judd left Phoenix to start a practice in Los Angeles, leaving his wife Winnie in Phoenix. At this time, she moved in with LeRoi and Samuelson, but in early October, she moved out in order to be nearer to the Grunow Clinic where she was employed. At the time of the murders Winnie was 26 years old, LeRoi 32, and Samuelson, 24.

The Murders of Winnie Judd

According to police reports, on the night of October 16, 1931, LeRoi and Samuelson were murdered by Winnie Judd after an alleged fight among the three women over a conflict of interest. Reportedly, all three were interested in the same prominent Phoenix businessman John J. “Happy Jack” Halloran.

Halloran, 44, was a married local businessman and a friend of all three women. The prosecution at Judd’s murder trial would suggest that quarrels over men and the relationship between LeRoi and Samuelson broke up the friendship of the three women, and that jealousy became a motive for the killings.

The two victims were killed with a .25 caliber handgun in their rented bungalow located at 2929 North 2nd Street. According to prosecutors, after the two women were murdered, Winnie Judd and an accomplice dismembered the body of Samuelson and stuffed the head, torso, and lower legs into a black shipping trunk, with the upper legs being placed in a beige valise and hatbox. LeRoi’s body was stuffed intact into a second black shipping trunk.

Two days after the murders, on Sunday, October 18, Winnie Judd boarded the Golden State Limited passenger train from Phoenix’s Union Station with the trunks containing the bodies. She traveled overnight to Los Angeles.

Upon arrival at 7:45 the next morning, the trunks were immediately under suspicion because of the foul odor detected by station personnel as well as fluids escaping from the trunks. Thinking at first the trunks contained contraband such as a dead deer, the baggage agent, Arthur V. Anderson, wanted the trunks opened and tagged them to be held. He asked Winnie Judd for the key, but she stated she didn’t have it with her.

Burton McKinnell, Judd’s brother and a junior at the University of Southern California, picked Winnie up from the train station unaware of the crime or the bodies. At around 4:30 that afternoon, Anderson called the Los Angeles Police Department to report the suspicious trunks. After picking the locks of each trunk, the police discovered the bodies. Meanwhile, Judd’s brother had dropped his sister off somewhere in Los Angeles where she proceeded to disappear. Winnie Judd hid out until she surrendered to police in a funeral home the following Friday, October 23, 1931.

The murder was reported in headlines across the country and Winnie Judd came to be referred to in the press as “Tiger Woman” and “The Blonde Butcher”. Eventually, the case itself came to be known in the media as “The Trunk Murders”.

On Monday evening, October 19th, the Phoenix police entered the bungalow where LeRoi and Samuelson resided for the first time. Neighbors and reporters were also allowed in and subsequently destroyed the original integrity of the crime scene. The following day the bungalow’s landlord took out ads to be placed in The Arizona Republic and The Phoenix Evening Gazette newspapers informing the public that tours of the home were available for ten cents per person. In the next three weeks, hundreds of curiosity seekers toured the three room bungalow. During the trial, Judd’s defense protested by stating, “By the advertisements in the newspapers, the entire population of Maricopa County visited that place.”

The police maintained the two women were shot while asleep in their beds. The two mattresses were missing the night the police entered. Although one mattress was later found with no blood stains on it miles away in a vacant lot, the other remained missing. No explanation was ever offered as to why one was found so far away nor what ever became of the other mattress.

The trial of Winnie Judd began on January 19, 1932, three months after the bodies had been discovered in the trunks. The state argued that Winnie Judd acted with pre-meditation, that the relations between the three women had deteriorated over some weeks, and that they had argued over the affections of Jack Halloran.

Judd’s defense took the stance that she was innocent because she was insane. None of the dismembering aspect of the double slaying was addressed in court because Winnie Judd was tried only of the murder of Mrs. LeRoi, whose body was not dismembered. Judd did not take the stand in her own defense.

The jury found Winnie Judd guilty of first-degree murder on February 8, 1932. An appeal was unsuccessful. Winnie was sentenced to be hanged February 17, 1933, and sent to Arizona State Prison in Florence, Arizona. The death sentence was repealed after a ten-day hearing found her mentally incompetent. She was then sent to Arizona State Asylum for the Insane on April 24, 1933.

When it was discovered during the course of the trial that Halloran and Winnie Judd had been involved in an illicit affair, Halloran also became suspect of having complicity in the killings. A known playboy and philanderer, Halloran was indicted by a grand jury as an accomplice to murder on December 30, 1932 following new testimony from Judd. Winnie Judd referred to this testimony as “the whole truth”.

A preliminary hearing on the charge against Halloran was held in mid-January 1933. Winnie Judd was the star witness. In testimony that lasted almost three days, an emotional Winnie told her story, saying

Winnie Judd testified she had gone to the apartment on an invitation to play bridge, and a fourth woman who had also been invited to the get-together had already left. She testified that there was an argument about Judd’s introduction of Halloran to another woman, and that she killed LeRoi and Samuelson in self-defense after they physically attacked her.

According to Winnie Judd, she met up with Halloran shortly after the killings and returned with him to the apartment. After seeing the bodies he went out to the garage, returned with a “great, heavy trunk” and told her not to tell anyone. Under cross-examination, Judd admitted repacking Samuelson’s dismembered body in a trunk and other luggage two days after the murders.

Halloran did not take the stand in his own defense. His attorney told the court that Judd’s story was nothing more “than the story of an insane person” and argued that since Winnie Judd had testified that the two women were killed in self-defense, there was, in fact, no crime committed, therefore Halloran could not be tried for anything. Halloran’s attorney then asked for the charges against his client to be dismissed. On January 25, 1933 the judge freed Halloran, saying that the state’s case was inconsistent, and that trying him would be “an idle gesture”.

The Escape of Winnie Judd

After her death sentence was repealed, Winnie Judd was committed to the state’s only mental institution, Arizona State Hospital in Phoenix. From 1933 to 1963, Judd escaped from the institution six times, in one instance walking all the way to Yuma, Arizona, along the old Southern Pacific railroad tracks.

Winnie escaped for the final time on October 8, 1963, using a key to the front door of the hospital a friend had given her. Winnie Judd ended up in the San Francisco Bay Area where she became a live-in maid for a wealthy family living in a mansion overlooking the bay, using the name Marian Lane. Her freedom lasted six and a half years. Her identity in California was eventually discovered and she was taken back to Arizona on August 18, 1969.

Winnie Judd hired famed San Francisco defense attorney Melvin Belli. Belli needed an Arizona-licensed attorney to help him”, so he hired then “unknown Phoenix attorney” Larry Debus. Gov. Jack Williams was going to sign for Judd’s release as long as the meeting was kept “hush, hush”. In the following days, Belli called a press conference calling for the immediate release of Winnie Judd, therefore Debus had to fire Belli from getting in the way of Judd’s release. Winnie Judd was paroled and released on December 22, 1971 after two years of legal wrangling.

Winnie Judd moved to Stockton, California. In 1983, the state of Arizona issued her an “absolute discharge,” meaning she was no longer a parolee. She died in her sleep on October 2, 1998 at the age of ninety-three, 67 years to the day from her surrender to Los Angeles police in 1931. 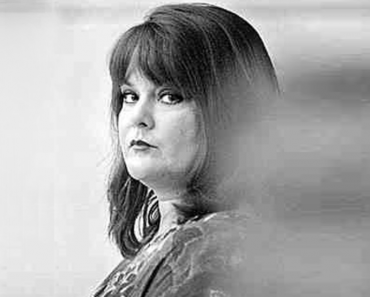 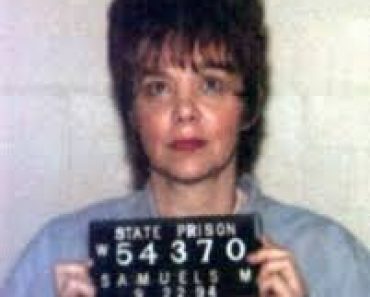 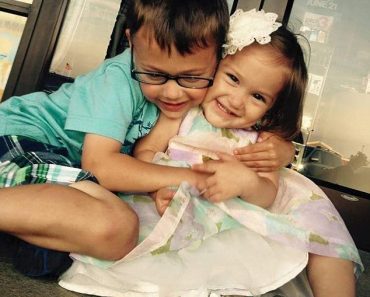