Joseph Kibweteere was one of the leaders of the Movement for the Restoration of the Ten Commandments of God, a group that splintered from the Roman Catholic Church in Uganda and became infamous after 778 of its members were found dead. Although Kibweteere supposedly died in the incident, the Ugandan police shortly afterwards issued a warrant for arrest against the other leaders of the group. In 2014 it was announced by the Uganda National Police that there were reports that Kibweteere was hiding in Malawi.

Many details of Kibweteere's life, and especially death, remain unclear. What is known is that he came from a strongly pious Catholic background and was likely wealthy by Ugandan standards. The second idea comes from the fact he ran for political office in 1980 and had enough land to donate for a school of his own design. The Catholic school he founded and led was apparently orthodox and at that point he had a positive image in the community. In 1960 he married a woman who would prove to outlive him.

The Uganda he lived in suffered from both religious and political upheaval which likely influenced him. The strongest of these may have been religious movements that emphasized miracles and Marian apparitions. In 1984 he claimed to be experiencing sightings of the Virgin Mary. This vision had been brought to him by Credonia Mwerinde.

Around 1989 he came into contact with a woman named Credonia Mwerinde, a prostitute who claimed she was looking to repent for her sins. She had a background of claimed experiences dating back further than Kibweteere. Credonia claimed that she could see the virgin Mary when looking at a stone in the mountains. The stone looked like the spitting image of the Virgin Mary. Her father claimed to have had a vision of his dead daughter Evangelista as early as 1960. His children and grandchildren would be affected by this. By 1989, Credonia and her Ursula were traveling through Uganda spreading the family's message. When Credonia met Joseph he welcomed her with open arms and shared his own experiences. This would lead to their forming the Movement for the Restoration of the Ten Commandments of God.

Movement for the Restoration of the Ten Commandments of God

The movement was a breakaway sect from the Roman Catholic Church founded by Credonia Mwerinde and Joseph Kibweteere in Uganda. The primary leaders also included Joseph Kasapurari, John Kamagara and Dominic Kataribabo.

In early 2000, followers of the sect perished in a devastating fire, and a series of poisonings and killings, that were either a cult suicide, or an orchestrated mass murder by sect leaders after their predictions of the apocalypse failed to pass. In their coverage of that event, BBC News and the New York Times referred to the Movement as a Doomsday cult.

The emphasis on the Commandments was so strong that the group discouraged talking, for fear of breaking the Ninth Commandment, "Thou shalt not bear false witness against thy neighbor," and on some days communication was only conducted in sign language. Fasts were conducted regularly, and only one meal was eaten on Fridays and Mondays. Sex was forbidden. So was soap.

Movement leaders declared that the apocalypse would occur in the year 2000. The group had a strong emphasis on an apocalyptic end time, highlighted by their booklet A Timely Message from Heaven: The End of the Present Time.

New members were required to study it and be trained in its text, reading it as many as six times. They also taught that the Virgin Mary had a special role in the end, and that she also communicated with their leadership. They held themselves akin to Noah's Ark, a ship of righteousness in a sea of depravity.

The Movement developed a hierarchy of visionaries, topped by Mwerinde. Behind them were former priests who served as theologians and explained their messages. Although the group had split from the Catholic Church, had Catholic icons placed prominently and defrocked priests and nuns in its leadership, ties to the Church were only tenuous.

The sect grew in importance with the arrival of Dominic Kataribabo, a respected and popular priest with a PhD from the United States. In order to obtain more funds for the increasing number of disciples, Kibweteere sold his three other properties, car and milling machines.

By the late 1990s, the church had grown into a thriving community, set in pineapple and banana plantations. Members lived communally on land bought by pooling the profits from their property, which they sold when they joined the Movement. Mwerinde claimed to receive messages from the Virgin Mary through a hidden telephone system that communicated through everyday objects.

In western Uganda they built houses for recruitment, indoctrination and worship, and a primary school. The year 2000 was settled on as the final, compelling date for the sect's predictions of the apocalypse.

However this time was not uneventful, in 1992 the group was ordered out of Rwashamaire by village elders, and moved to Kanungu District, where Mwerinde's father offered an extensive property for their use. In 1994, Paul Ikazire left the sect, taking with him approximately seventy members.

By 1997, according to a filing with the government, the Movement's membership was listed at nearly 5,000 people. In 1998, the Ugandan press reported that the Movement had been shut down for insanitary conditions, use of child labor, and possibly kidnapping children, but the sect was allowed to reopen by the government.

As the new millennium approached preparations for the end mounted. In 1999, the state owned New Vision newspaper ran an interview with a teenage member. He said, "The world ends next year. There is no time to waste. Some of our leaders talk directly to god. Any minute from now, when the end comes, every believer who will be at an as yet undisclosed spot will be saved."

With the new year looming, activity by Movement members became frenzied, their leaders urged them to confess their sins in preparation for the end. Clothes and cattle were sold cheaply, past members were re-recruited, and all work in the fields ceased. January 1, 2000 passed without the advent of the apocalypse, and the Movement began to unravel.

Questions were asked of Mwerinde and Kibweteere, and payments to the Church decreased dramatically. Ugandan police believe that some members, who were required to sell their possessions and turn over the money to the Movement, rebelled and demanded the return of their money. It is believed that events that followed were orchestrated by sect leaders in response to the crisis in the ranks.

Another date was immediately predicted, March 17 was the new end of the world, a doomsday that would come "with ceremony, and finality" according to the New York Times. The Movement held a huge party at Kanungu, and roasted three bulls and drank 70 crates of soft drinks.

Another party was planned for the eighteenth, which officials believe sect leaders had announced in order to mislead authorities as to their plans. Several days before Movement leader Dominic Kataribabo was seen buying 50 liters of sulfuric acid, which may have fueled the fire.

On the seventeenth, group members arrived at their church in Kanangu to pray and sing, minutes later nearby villagers heard an explosion, and the building was gutted in an intense fire that killed all 530 in attendance, including dozens of children. The windows and doors of the building had been boarded up.

The five principal cult leaders, Joseph Kibweteere, Joseph Kasapurari, John Kamagara, Dominic Kataribabo, and Credonia Mwerinde, were assumed to have died in the fire. The fire alerted the Ugandan authorities to what had been occurring in the Movement.

Four days after the church fire police investigated Movement properties and discovered hundreds of bodies at sites across southern Uganda. 6 bodies were discovered sealed in the latrine of the Kanungu compound, as well as 153 bodies at a compound in Buhunage, 155 bodies at Dominic Kataribabo's estate at Rugazi, where they had been poisoned and stabbed, and another 81 bodies at lay leader Joseph Nymurinda's farm. Forensics investigations indicated that they had been murdered weeks before the church inferno.

Other than the individuals that died in the fire, medical examiners determined that the majority of dead sect members had been poisoned. Early reports had suggested that they had been strangled based on the presence of twisted banana fibers around their necks. After searching all sites, the police concluded that earlier estimates of nearly a thousand dead had been exaggerated, and that the final death toll had settled at 778.

After interviews and an investigation were conducted, the police ruled out a cult suicide, and instead consider it to be a mass murder conducted by Movement leadership. They believe that the failure of the doomsday prophecy led to a revolt in the ranks of the sect, and the leaders set a new date with a plan to eliminate their followers.

The discovery of bodies at other sites, the fact the church had been boarded up, the presence of incendiaries, and the possible disappearance of sect leaders all point to this theory. Additionally, witnesses said the Movement leadership had never spoken of mass suicide when preparing members for the end of the world.

Although it was initially assumed that the five leaders died in the fire, police now believe that Joseph Kibweteere and Credonia Mwerinde may still be alive, and have issued an international warrant for their arrest. 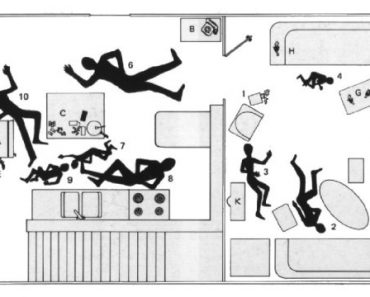 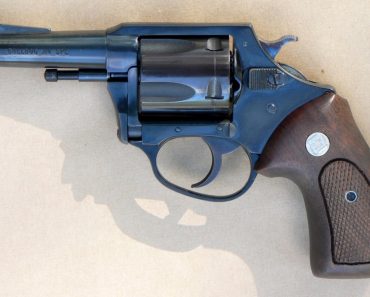 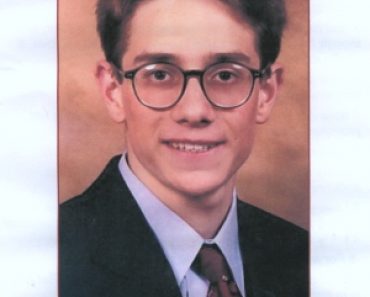