Dr. Joseph Michael Swango was a physician and American serial killer convicted of four murders, but is estimated to have been involved in as many as 60 fatal poisonings of his patients and colleagues. He was sentenced to life imprisonment without the possibility of parole.

Michael (as he was called) Swango was raised in Quincy, Illinois and graduated as valedictorian for the 1972 Class of Quincy Catholic Boys High School. He played clarinet and was a member of the Quincy Notre Dame band. Although he attended a Catholic school he was raised Presbyterian.

He served in the Marine Corps, receiving an honorable discharge in 1980. He then attended Quincy College (now known as Quincy University), and later Southern Illinois University School of Medicine.

Swango’s lackadaisical approach to his studies caught up with him only a month before he was due to graduate, when he was caught faking checkups during his obstetrics and gynecology rotation. Many of his fellow students had suspected he’d been faking checkups as early as his second year. He only survived when one member of the committee voted to give him a second chance; at the time a unanimous vote was required to dismiss a student. However, serious concerns had been raised about his competence. Eventually, the school let him graduate a year after the rest of his class on condition that he repeat the OB/GYN rotation and complete several assignments in other specialties.

Despite a very poor evaluation in his dean’s letter from SIU, Dr. Joseph Michael Swango got a surgical internship at Ohio State University Medical Center in 1983, to be followed by a residency in neurosurgery. While he worked at the Rhodes Hall wing, nurses began noticing that apparently healthy patients began dying mysteriously with alarming frequency. Each time, Michael Swango had been the floor intern. One nurse caught him injecting some “medicine” into a patient who later became strangely ill. The nurses reported their concerns to administrators, but were met with accusations of paranoia. Swango was cleared by a cursory investigation in 1984. However, his work had been so slovenly that he was not hired as a resident physician after his internship ended in June.

In July 1984, Dr. Joseph Michael Swango returned to Quincy and began working as an emergency medical technician with the Adams County Ambulance Corps even though he’d been fired from another ambulance service for making a heart patient drive to the hospital. Soon, many of the paramedics on staff began noticing that whenever Swango prepared the coffee or brought any food in, several of them usually became violently ill, with no apparent cause. In October of that year, Dr. Joseph Michael Swango was arrested by the Quincy Police Department who found arsenic and other poisons in his possession.

On August 23, 1985, Swango was convicted of aggravated battery for poisoning co-workers. He was sentenced to five years imprisonment. His conviction set off recriminations at Ohio State. A scathing review by Law School Dean James Meeks concluded that the hospital should have called in the police, and also revealed several glaring shortcomings in its initial investigation of Dr. Joseph Michael Swango. Franklin County, Ohio prosecutors also considered bringing charges of murder and attempted murder against Swango, but decided against it for want of physical evidence.

In 1989, Dr. Joseph Michael Swango, now released from prison, found work as a counselor at the state career development center in Newport News, Virginia. He was forced out after being caught working on a scrapbook of disasters on work time. He then found a job as a laboratory technician for ATICoal in Newport News, Virginia, now Vanguard Energy, a division of CITA Logistics. During his time there, several employees sought medical attention with complaints of persistent and increasing stomach pains. Around this time, he met Kristin Kinney, a nurse at Riverside Hospital. The two fell in love, and planned to marry once they got settled. He was employed until 1991, when he resigned his position to seek out a new position as a doctor. The FBI questioned employees on several occasions several months after his resignation.

In 1991, Dr. Joseph Michael Swango legally changed his name to Daniel J. Adams and tried to apply for a residency program at Ohio Valley Medical Center in Wheeling, West Virginia. In July 1992, he began working at Sanford USD Medical Center in Sioux Falls. In both cases, he forged several legal documents that he used to reestablish himself as a physician and respected member of society.

He forged a fact sheet from the Illinois Department of Corrections that falsified his criminal record, stating that he had been convicted of a misdemeanor for getting into a fistfight with a co-worker and received six months in prison, rather than the five years for felony poisoning that he actually served. This was an important omission as most states will not grant a medical license to a convicted felon, considering a felony conviction to be evidence of unprofessional conduct. He forged a “Restoration of Civil Rights” letter from Virginia Governor Gerald L. Baliles, falsely stating that Baliles had decided to restore Swango’s right to vote and serve on a jury, based on “reports from friends and colleagues” that Swango had committed no further crimes after his “misdemeanor” and was leading an “exemplary lifestyle”.

Dr. Joseph Michael Swango established a sterling reputation at Sanford, but in October made the mistake of attempting to join the American Medical Association (AMA). The AMA did a more thorough background check than the medical center, and found out about the poisoning conviction. That Thanksgiving Day, The Discovery Channel aired an episode of Justice Files that included a segment on Swango. Amid the AMA report and calls from frightened colleagues, Sanford fired Swango. Kinney went back to Virginia soon afterward after suffering from violent migraines. However, after she left Dr. Joseph Michael Swango, the headaches stopped.

The AMA temporarily lost track of Swango, who managed to find a berth in the psychiatric residency program at the State University of New York at Stony Brook School of Medicine. His first rotation was in the internal medicine department at the VA Medical Center in Northport, New York. Once again his patients began dying for no explicable reasons.

Four months later, Kristin Kinney committed suicide. Her mother, Sharon Cooper, was horrified to find out a person with Swango’s history could be allowed to practice medicine. She got in touch with a friend of Kinney’s who was a nurse at Sanford. The nurse alerted Sanford’s dean, Robert Talley, about Swango’s whereabouts. Talley telephoned the dean at Stony Brook, Jordan Cohen. Under intense questioning from the head of Stony Brook’s psychiatry department, Alan Miller, Swango admitted he had lied about his poisoning conviction in Illinois and was immediately fired.

The public outcry resulted in Cohen and Miller being forced to resign as well before the year was out. Before he resigned, Cohen, learning from the past mistakes of other medical facilities, sent a warning about Swango to all 125 medical schools and all 1,000 teaching hospitals across the nation—effectively blackballing Dr. Joseph Michael Swango from getting a medical residency in the United States.

Since the latest Swango incident took place at a VA facility, federal authorities got involved. Swango dropped out of sight until mid-1994, when the FBI found out he was living in Atlanta and working as a chemist at a computer equipment company’s wastewater facility. Soon after the FBI alerted the company, Swango was fired for lying on his job application. The FBI obtained a warrant charging Swango with using fraudulent credentials to gain entry to a VA hospital.

By that time, however, Dr. Joseph Michael Swango had fled the country. In November 1994, he went to Zimbabwe and got a job at Mnene Hospital based on forged documents. There again, his patients began dying mysteriously. It took a year, however, for the poisonings to be traced to him, and he was arrested in Zimbabwe. He was charged with poisonings and retained prominent lawyer David Coltart, but he escaped from Zimbabwe before his trial date, and hid in Zambia. A year and a half later, in March 1997, he applied for a job at the Royal Hospital in Dhahran, Saudi Arabia, using a false résumé.

While all this was happening, VA OIG Criminal Investigator Tom Valery consulted with Charlene Thomesen MD, a forensic psychiatrist, to help him with the case. Because of her considerable clinical expertise, she was able to review documents and evidence and give a psychological profile of Dr. Joseph Michael Swango, along with her assessment why he had committed such horrendous crimes. Valery was called by the FBI to discuss holding Swango; Valery called then DEA Basic Agent Richard Thomesen who was stationed in the Manhattan DEA Office to discuss the case. Thomesen’s conversation focused on Dr. Joseph Michael Swango lying on his government application to work at the Department of Veterans Affairs, where he prescribed narcotic medications. This and other evidence was enough for Immigration and Naturalization Service agents to arrest Swango in June 1997 while he was stopping over at Chicago-O’Hare International Airport on his way to Saudi Arabia.

Faced with hard evidence of his fraudulent activities and the possibility of an extended inquiry into his time in Zimbabwe, Dr. Joseph Michael Swango pleaded guilty to defrauding the government in March 1998. In July 1998, he was sentenced to 3.5 years in prison. The sentencing judge ordered that Swango not be allowed to prepare or deliver food, or have any involvement in preparing or distributing drugs. 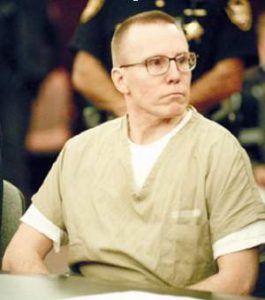 The Deadly Facts Are Revealed

The government used this time to amass a massive dossier of Swango’s crimes. As part of that investigation, prosecutors exhumed the bodies of three of his patients and found poisonous chemicals in them. They also found evidence that he paralyzed Barron Harris, another patient, with an injection. Harris later lapsed into a coma and died.

Additionally, prosecutors found evidence Swango lied about the death of Cynthia Ann McGee, a patient he’d been attending while he was an intern at OSU. While Swango claimed she suffered heart failure, he’d actually killed her by giving her a potassium injection that stopped her heart. On July 11, 2000—less than a week before he was due to be released from prison on the fraud charge—federal prosecutors on Long Island filed a criminal complaint charging Swango with three counts of murder, one count of assault and one count each of false statements, mail fraud and conspiracy to commit wire fraud. At the same time, Zimbabwean authorities charged him with poisoning seven patients, five of whom died.

Dr. Joseph Michael Swango was formally indicted on July 17 and pleaded not guilty. However, on September 6, he pleaded guilty to murder and fraud charges before Judge Jacob Mishler. Had he not done so, he faced the possibility of the death penalty and extradition to Zimbabwe. At his sentencing hearing, prosecutors read lurid passages from Swango’s notebook, describing the joy he felt during his crimes. Mishler sentenced him to three consecutive life terms. 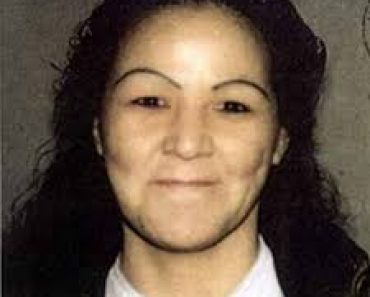 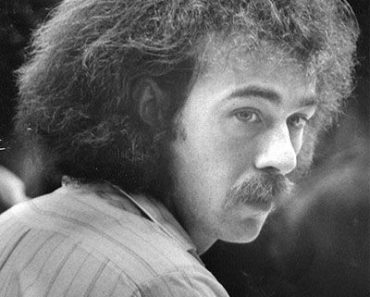 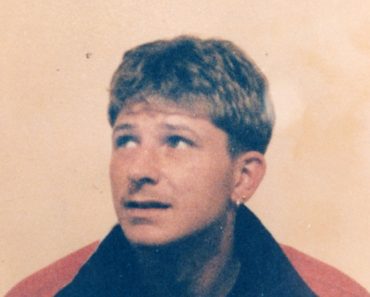