Chai Soua Vang is a hunter who shot several deer hunters in northern Wisconsin on November 21, 2004.

According to court proceedings prior to his conviction, Chai Soua Vang acknowledged shooting the hunters, which included women, but challenged the chain of events that caused a dispute over a deer stand to become violent and how it escalated into multiple deaths.

Eventually, six of the hunters died and two were left wounded. Chai Soua Vang, a naturalized U.S. citizen, is a Hmong immigrant from Laos who lived in Saint Paul, Minnesota at the time of the shootings. He is being held at Iowa State Penitentiary.

The Background of Chai Soua Vang

Chai Soua Vang is the father of six children, a family shaman, and a hunting enthusiast. Chai Vang and his brothers came to the United States from Laos in 1980 and settled in California. Vang lived in Sacramento and eventually enlisted in the California National Guard.

Around the year 2000, Chai Soua Vang moved to Minneapolis, Minnesota. A few years later, he and his family moved a few miles to the neighboring city of St. Paul. Both the Minneapolis and St. Paul police departments answered several calls about domestic violence at the Vang residences during this time.

On the weekend of the murders, Chai Soua Vang went out deer hunting with two friends and their two sons in northwest Wisconsin, a region where deer hunting is particularly popular, east of Birchwood, Wisconsin around the town of Meteor.

Meteor has a large area with a low population. In this region, there is a mix of public and private land. It is believed that Chai Soua Vang and his friends began their day on public land, but he later went onto a private 400 acre  tract of land.

On Sunday, November 21, a hunting party of about 15 people were in a cabin on this private land. One person, Terry Willers, left the cabin and saw Vang sitting in a deer stand. He used a handheld radio to ask the people still in the cabin whether or not anyone should be in the stand. Upon receiving a response in the negative on that question, he began to approach Vang and called to him to leave the private land.

After asking directions, Chai Soua Vang proceeded to walk away towards a trail through a forested area of the property. He was confronted at that point by five of the hunters from the cabin who had heard Terry Willers radio message. It must be noted that the area in question during the event did not contain sign denoting private property.

The events after the confrontation are under dispute. At this point the aggressor of this event will only be known by Willers, Hesebeck, and Chai Soua Vang; however, four of the eight injured hunters were shot in the back, and three of these four were hit by multiple rounds.

Terry Willers radioed the cabin and said that they had been shot. The others came out to provide assistance, some riding on all-terrain vehicles. Chai Soua Vang proceeded to shoot more of the hunters. Within a short period, five of the hunters were dead and three more were wounded. Vang then disappeared into the woods. It is believed that he fired about 20 rounds.

Chai Soua Vang was apprehended about five hours after the shootings and was placed in custody of the Sawyer County Jail on November 24, 2004. His bail is set for $2.5 million.

One of the wounded hunters died the next day, bringing the toll to six dead and two wounded.

The Victims of Chai Soua Vang

The victims were part of a group about 15 people who made their annual opening-weekend trip to the 400 acre  property co-owned by Robert Crotteau and Terry Willers. Among the victims were a father and son, Robert and Joey Crotteau.

Those who were killed were:

Those who were wounded were:

There have been conflicting reports about what may have led to the shootings. According to oral statements by Chai Soua Vang, one of the local hunters, Terry Willers, took the first shot at him from about 100 feet away, and therefore the shootings were in self-defense. No shell casing was ever recovered from Willer’s gun even though during the trial Hesebeck admitted to firing a single shot. Hesebeck testified no shot was ever fired.

Additional forensic analysis of Willer’s gun was not performed by the local law enforcement. Vang claims race may have been a factor, alleging that during the verbal dispute, some of the local hunters yelled out racial slurs at him such as “chink” and “gook”.

On the stand Hesebeck admited Robert Crotteau had called Vang a ‘Hmong a–hole.’ Hesebeck also admitted that he told law enforcement that Robert Crotteau had problems with trespassers in the past, specifically citing Hmong hunters, who apparently are known to travel to Wisconsin from Minnesota to hunt.

The term has no racial connotation, although the defense made this claim. This word was used when Willers radioed back to the cabin. It is unknown how during the altercation, they were able to conclude that Vang was from Minnesota.

The trial of Chai Soua Vang began Saturday, September 10, 2005 in Sawyer County Courthouse. 14 jurors (10 women and four men) were selected from Dane County, Wisconsin, and bussed about 280 miles northwest to Sawyer County, where they were sequestered.

Chai Soua Vang told the jury he feared for his life and began firing only after another hunter’s shot nearly hit him. He detailed for jurors how the other hunters approached him, and how he responded by shooting at each one. He says he shot two of the victims in the back because they were “disrespectful”.

He recounted with clarity how he killed each victim. While saying on the stand, “(he wished) it wasn’t happening”, Chai Soua Vang contended that three of the hunters deserved to die:

Chai Soua Vang further testified that Joseph Crotteau deserved to die “because he accused me of giving him the finger and tried to cut in front of me to stop me from leaving.” And Laski deserved to die because he had a gun, he said. Vang re-enacted his deeds while on the stand, using his hands and arms to imitate the motions of firing a rifle. Vang’s lawyers commented that some of his seemingly abnormal remarks were due possibly to the language barrier.

The Conviction of Chai Soua Vang

On September 16, 2005 Chai Soua Vang was found guilty of all six charges of first degree murder and two charges of attempted murder by a jury of eight women and four men.

On November 8th, 2005, he was sentenced to six consecutive life terms plus seventy years (40 for two counts of attempted murder plus five additional years for each count of murder in the first degree). Wisconsin is one of a handful of states in the U.S. that does not have the death penalty. 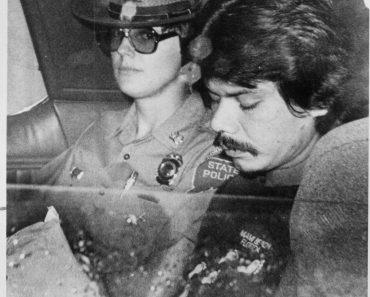 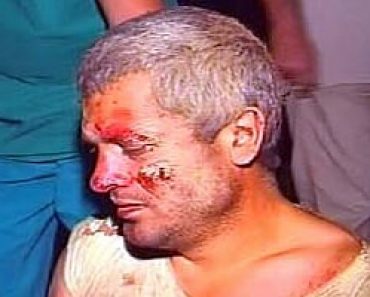