Incarcerated at at the Stateville Correctional Center, Illinois

Brian Dugan is an American rapist and serial killer active between 1983 and 1985 in Chicago’s western suburbs. He was on death row for the 1983 murder of 10 year-old Jeanine Nicarico until Illinois governor Patrick Quinn abolished capital punishment in 2011 and his sentence was commuted to life in prison.

Brian Dugan was born in Nashua, New Hampshire, the second child of James and Genevieve “Jenny” Dugan. He has one sister and three brothers. According to Brian’s siblings, both James and Jenny Dugan were alcoholics. In 1967, the Dugan family moved to Lisle, Illinois.

According to Brian’s family, his birth was traumatic. Brian Dugan began to emerge before the attending physician had arrived and so, in attempt to delay his birth, the family claims that a nurse and an intern pushed Brian’s head back inside his mother and strapped her legs together. Relatives would later question if this caused Brian to have brain damage because as a youth Brian suffered severe headaches followed by vomiting for which he took medication until his teens. Dugan was also a chronic bed wetter, a condition his adult father also suffered from.

At age 8, Brian Dugan and a younger brother burned down the family garage and, according to his brother, Steven, at age 13 Brian poured gasoline on a cat and lit it on fire. In 1972, Brian ran away to Iowa and later that year he was arrested on a burglary charge. It was his first arrest and would be followed by convictions for other crimes including arson, battery, and other burglaries. In 1974, Brian Dugan attempted to abduct a 10 year-old girl from a train station in Lisle. Charges were brought but later dropped. In 1975, Brian threatened to kill his sister, Hilary, “chop up” her son, and vandalized her car. According to Steven Dugan, Brian attempted to molest him in 1972 after a stay in a youth home, where, Steven suspected, Brian may have been sexually assaulted. Brian Dugan spent time in the Menard Correctional Center from 1979 until 1982.

The Murders of Brian Dugan

On February 25, 1983, 10 year-old Jeanine Nicarico was abducted in broad daylight from her home in Naperville, Illinois. Suffering from the flu, Jeanine was at home alone while her parents were at work and her sisters were at school. Her body was found 2 days later, six miles from her home. She had been raped and beaten to death. Rolando Cruz, a 20 year-old gang member from Aurora, initially came to the attention of the police after he fed them false information about the murder in an attempt to claim the $10,000 reward being offered. Soon, police charged Cruz, along with Alejandro Hernandez and Stephen Buckley, with Jeanine’s rape and murder despite a lack of evidence. Cruz and Hernandez were convicted and sentenced to death (the jury deadlocked on Buckley and he was not retried).

On July 15, 1984, Brian Dugan took notice of Donna Schnorr, a 27 year-old nurse from Geneva, Illinois, in her car at a stoplight. He followed her and ran her off the road with his car, after which he beat and raped her. Dugan murdered Donna Schnorr by drowning her in a quarry.

In May 1985, Brian Dugan went on a crime spree that culminated with the murder of Melissa Ackerman, who was just 7 years-old. On May 6, Dugan raped a 21 year-old woman, who survived the attack. On May 28, Dugan tried but failed to abduct a 19 year-old woman who was walking along the road. The following day, he abducted and raped a 16 year-old girl.

On June 2, 1985, Melissa Ackerman and her 8 year-old friend, Opal Horton, were riding their bikes in Somonauk, Illinois when they were confronted by Brian Dugan. Dugan grabbed Opal first and threw her in his car, but the girl managed to escape while Dugan was apprehending Melissa. Melissa’s body was found several weeks later.

The Schnorr and Ackerman Murders

The day following Melissa Ackerman’s murder, Brian Dugan was arrested at his job. He came to the attention of the police after a police officer from a neighboring town of Somonauk reported encountering Dugan about the out-of date vehicle sticker on his car and Opal Horton was also able to give the police a description of Dugan’s vehicle. Once Melissa Ackerman’s body was found, Brian Dugan was charged with her murder when police were able to link him to the crime through physical evidence found in Dugan’s belongings. In exchange for avoiding the death penalty, Dugan confessed to the murders of both Melissa Ackerman and Donna Schnorr. Brian offered no real explanation for the crimes, stating: “It might have been for the sex, but I don’t understand why. I wish I knew why I did a lot of things, but I don’t.”

Brian Dugan was not initially a suspect in Jeanine Nicarico’s murder. However, in 1985, he gave an unofficial confession to the crime but wanted to avoid the death penalty in that case. Prosecutors rejected this demand so Dugan refused to make an official confession. Brian Dugan would later claim that he made his confession in order to take responsibility for the crime and clear Rolando Cruz and Alejandro Hernandez, although Cruz has stated that he believes that Dugan’s motives were self-serving and had nothing to do with the truth.

Both Cruz and Hernandez were eventually exonerated of the crime after much of the evidence and testimony against them was discredited. In 1999, seven DuPage County law enforcement officials were tried but acquitted of conspiring to frame Rolando Cruz. Eventually, prosecutors were able to link Dugan to Nicarico’s murder through DNA testing. Brian Dugan was indicted for the murder in 2005. In 2009, Dugan plead guilty to the murder and was sentenced to death.

In 2008, it was reported that Brian Dugan had claimed, since the 1980’s, that in 1972, he had been molested by John Wayne Gacy. According to the story, Dugan encountered a man at a Lisle grocery store who offered him a job. Dugan got in the man’s car and the man took him to a secluded area where Dugan was forced to model bikini brief underwear and perform oral sex on the man. The man then gave Dugan $20 and returned him to the grocery store where he picked Dugan up.

Brian Dugan claimed that after seeing John Wayne Gacy’s face, following Gacy’s 1978 arrest, he realized that Gacy was the same man from the grocery store. Author Clifford L. Linedecker, who wrote the 1985 Gacy biography “The Man Who Killed Boys”, noted that the then 15 year-old Brian Dugan would have fit the profile of the typical Gacy victim. However, Gacy prosecutor Terry Sullivan doubted the story, pointing out that not only did Brian Dugan not come forward at the time of the crime, but the Dugan’s story did not match Gacy’s typical methods nor was Lisle known to be one of Gacy’s hunting grounds. To this day, Brian Dugan stands on his statement.

In the end, Brian Dugan was sentenced to two life sentences plus 215 years in prison on November 19, 1985. He was sentenced to death on December 16, 2009, but in 2011 Illinois Governor Patrick Quinn abolished capital punishment and his sentence was commuted to life in prison. 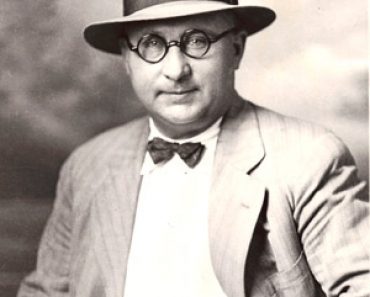 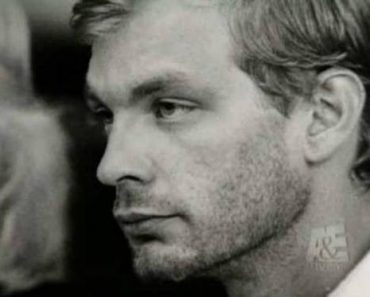