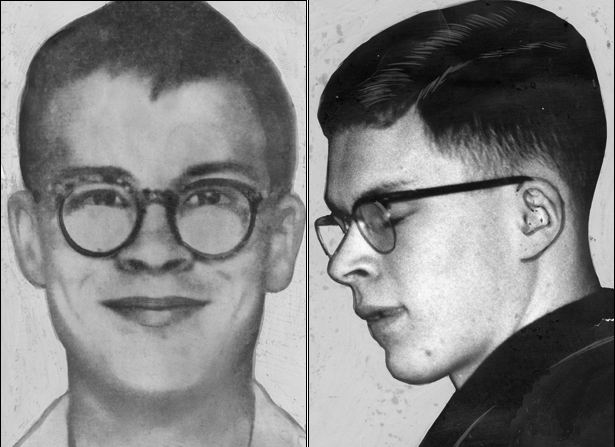 Serial killer, David Michael Krueger, is best known by his birth name, Peter Woodcock, and was a Canadian serial killer and child rapist. He murdered three young children in Toronto, Canada in 1956 and 1957 while still a teenager. He also murdered a fellow psychiatric patient in 1991. David Krueger, aka Peter Woodcock, was a diagnosed psychopath.

The Early Life of Peter Woodcock

Peter Woodcock was born in Peterborough, Canada to a 17-year-old factory worker, Waita Woodcock, who gave him up for adoption after breastfeeding him for a month. Adoption agency records report that the newborn, Peter, showed feeding problems and cried constantly. As an infant, he stayed in various foster homes, unable to bond with any of his foster parents.

After his first birthday, Peter became terrified of anybody approaching him and his speech was incoherent, described as ‘strange whining animal noises.’ He was also physically abused by at least one of his early foster parents, with a 2-year-old Woodcock having to be given medical treatment for an injured neck after receiving a beating.

Peter Woodcock was finally placed into a stable home at the age of three, to foster parents Frank and Susan Maynard – an upper-middle-class couple with another son. Susan Maynard, who was described as a “forceful woman with an exaggerated sense of propriety,” became strongly attached to the maladjusted child, who would still scream when someone approached him.

By the age of five, Peter Woodcock would no longer scream when approached, but he remained a strange child and became the target of neighborhood bullies. He often wandered far away from his neighborhood, once being found cowering in some bushes, in an attempt to hide from other children.

The Hospital For Sick Children

Worried about the child’s fragile emotional state, Frank and Susan Maynard would regularly bring him to the Hospital for Sick Children, where Peter received extensive treatment. He was sent to a private school, but again failed to make friends or interact successfully with his peers and remained basically isolated. By the age of eleven, he was described as an ‘angry little boy’, with a Children’s Aid Society report on him stating:

Slight in build, neat in appearance, eyes bright, and wide open, worried facial expression, sometimes screwing up of eyes, walks briskly and erect, moves rapidly, darts ahead, interested and questioning constantly in conversation. He attributes his wandering to feeling so nervous that he just has to get away. In some ways, Peter Woodcock has little capacity for self-control. He appears to act out almost everything he thinks and demonstrates excessive affection for his foster mother. Although he verbalizes his resentment for other children, he has never been known to physically attack another child. Peter Woodcock apparently has no friends. He plays occasionally with younger children, managing the play. When with children his own age, he is boastful and expresses determinedly ideas which are unacceptable and misunderstood.

Signs of Peter Woodcock’s violent fantasies were present at this time also, seen when a social worker was walking with him at the Canadian National Exhibition and Woodcock muttered, “I wish a bomb would fall on the Exhibition and kill all the children”.

Peter Woodcock was sent to a school for emotionally disturbed children in Kingston, Ontario, and began acting on his strong sexual urges with other children. While there, Woodcock stated that he had consensual intercourse with a 12-year-old girl when he was thirteen.

When he turned fifteen, he was discharged from this school and returned to live with his foster parents, but was soon re-enrolled at his original private school, where he again failed to connect with his peers. At the age of sixteen, he left the private school again and was sent to a public high school, where children from the neighborhood instantly recognized him and resumed their bullying. He transferred to a private high school six weeks later. While his peers again shunned him, his teachers there remembered him as a very bright student who excelled in science, history, and English, and who frequently scored 100 percent on his tests.

The Crimes of  Peter Woodcock

Peter Woodcock’s prized possession was a red and white Schwinn bicycle on which he satisfied his continuing compulsion to wander. He rode the bike to the far reaches of the city, even during the deep, cold Toronto winters, and evolved a fantasy in which he led a gang of 500 invisible boys on bikes called the ‘Winchester Heights Gang’. His foster parents were aware of this fantasy and his compulsion to wander, but they, as well as everyone else, were unaware that he had begun traveling around Toronto on his bike and sexually assaulting children.

The Murder of Wayne Mallette

On September 15, 1956, Peter Woodcock was riding his bike around the grounds of the Exhibition Place when he met 7-year-old Wayne Mallette. Peter lured the boy out of sight and then proceeded to strangle him to death. Mallette’s body was found in the early hours of September 16th. He was dressed in a British schoolboy blazer, shirt and plaid pants. It appeared that his clothing had been removed and he had then been re-dressed. His face was pushed into the dirt and two bite marks were found on the body, one on the boy’s calf and the other on his buttock. There was no evidence of rape, however. Pennies were found ritualistically scattered near the body and someone had defecated next to the victim as well.

The Murder of Gary Morris

On October 6, 1956, Peter Woodcock was riding his bike around Cabbagetown when he picked up 9-year-old Gary Morris. He drove the boy to Cherry Beach, where he strangled and beat him to death, with a coroner later determining that Morris had died from a ruptured liver. Morris’ body was found with a bite mark on his throat and this time paper clips seemed to have been ritualistically sprinkled near the corpse. Again, the clothing had been removed from the victim and then he had been re-dressed.

The Murder of Carole Voyce

On January 19, 1957, Peter Woodcock was riding his bike when he approached 4-year-old Carole Voyce and offered her a ride. He then drove her under the Bloor Viaduct and murdered her. When she was found, her clothes had been pulled off. It appeared that she had been choked into unconsciousness and sexually molested and that her death was caused by a tree branch being forcibly inserted into her vagina.

Apprehension and Trial of Peter Woodcock

Witnesses saw a teenager cycling away from Carole Voyce’s crime scene, and an accurate composite sketch was created based on those witnesses’ descriptions. This sketch ran on the front page of the Toronto Star and would lead to Woodcock’s arrest on January 21, 1957, and his subsequent confession to all three murders. He recalled upon his arrest: “My fear was that Mother would find out. Mother was my biggest fear. I didn’t know if the police would let her at me.”

Peter Woodcock was tried only for the murder of Carole Voyce. On April 11, 1957, after a four-day trial, he was found not guilty by reason of insanity and was sent to the Oak Ridge division of the maximum-security Penetanguishene Mental Health Centre in Penetanguishene, Ontario.

While imprisoned, Peter Woodcock underwent various forms of psychiatric therapy, including LSD treatments when they were popular in the 1960’s. He was also given other personality-breaking drugs: scopolamine, sodium amytal, methedrine and dexamyl. He was subjected to “dyads” — a personality-breaking therapy in which inmates challenged each other’s belief systems — which inmates referred to as “The Hundred-Day Hate-In”. Dyads were developed in the late 1950’s to early 1960’s by a Harvard psychologist and former CIA interrogation and psychological warfare expert, Henry A. Murray.

In the 1960’s, one of Murray’s volunteer personality-destruction subjects had been a young Harvard student—Ted Kaczynski, the future Unabomber. Peter Woodcock did not respond well to these treatments, and was not an ideal prisoner. He engaged in homosexual acts and exploited his fellow inmates, who were often less intelligent or less sane than he was. He formed an imaginary gang, the Brotherhood. Peter convinced inmates that he had contact with the mythical group on the outside, and that in order to be initiated, inmates had to perform oral sex on him and bring him gifts of cigarettes.

Peter Woodcock was eventually transferred to less restrictive institutions, and ultimately arrived at the Brockville Psychiatric Hospital. Here, staff indulged his passion for trains by taking him to the Smiths Falls Railway Museum, and even took him to see The Silence of the Lambs. During this time, he legally changed his name to David Michael Krueger and rekindled a relationship with Bruce Hamill, an Ottawa killer who had been released from Oak Ridge and was working as a security guard at the Ottawa courthouse. Krueger convinced Hamill an alien brotherhood would solve his problems if he helped kill another Brockville inmate, Dennis Kerr.

The Murder of Dennis Kerr

On July 13, 1991, Bruce Hamill went to a hardware store, bought a plumber’s wrench, hatchet, knives and a sleeping bag, then went to the Brockville hospital and signed out David Michael Krueger (Peter Eoodcock) on his first publicly escorted day pass. During the first hour of his first weekend pass (unsupervised release) in 34 years, David Krueger arranged to meet Dennis Kerr in the woods near Brockville where Krueger would loan Kerr five hundred dollars.

When Dennis Kerr arrived as instructed, Krueger struck him in the head with the pipe wrench and continued to beat him into unconsciousness. Krueger and Hamill then seized the hatchet and knife they had hidden in the bushes while waiting for Kerr’s arrival and hacked and stabbed Kerr, mutilating his body, cutting it open, and nearly severing his head. Drenched in Kerr’s blood, they then stripped themselves naked and sodomized the corpse. Krueger then left the scene, walked to a police station about two miles away, and turned himself in.

The Death of Peter Woodcock

For the murder of Dennis Kerr, David Krueger (Peter Woodcock) was transferred back to the Oak Ridge division of the Penetanguishene Mental Health Centre, where he had spent the majority of his 34 preceding years in custody. In the years after Kerr’s murder, he was the focus of a biography and several documentary films and sometimes tried to explain why he killed, but he never came up with rational reasons. He said in a 1993 interview: “I’m accused of having no morality, which is a fair assessment, because my morality is whatever the system allows.” On March 5, 2010, his 71st birthday, Peter Woodcock (David Krueger) died of natural causes.

Peter Woodcock, billed as David Krueger, was prominently featured in the 2002 BBC documentary, Mind of a Murderer: Mask of Sanity. 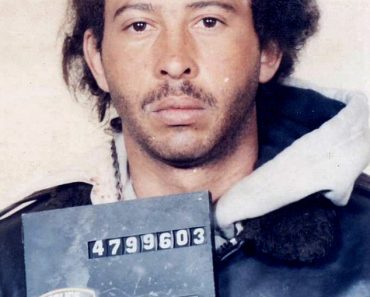 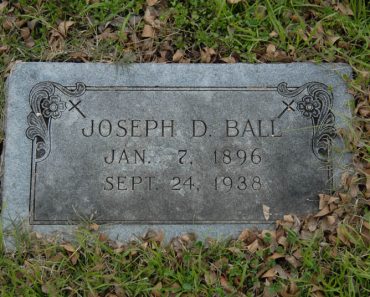 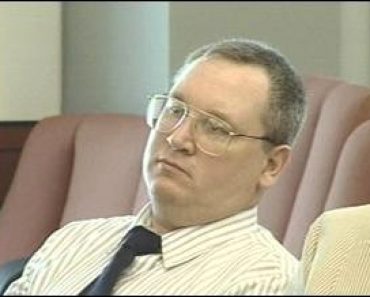