John Wayne Gacy Jr. murdered 33 young men and boys between 1972 and 1978 in the state of Illinois. He buried most of the victims in the crawl space beneath his home. He was finally apprehended on December 11,1978.

It’s important first to understand the modus operandi of John Wayne Gacy. He was a sexual sadist and a serial rapist who lived solely for his own violent, homosexual pleasures. Stating that these boys and young men were simply ‘murdered’ by John Wayne Gacy is a gross understatement. Gacy would lure these males into his house using the promise of work, drugs, sex or money. Once in, they were never seen again. John would bind them, rape them for hours, torture them with foreign objects and eventually strangle them to death as he had his final sexual release during the shutterings of their death throes. He would rape their corpses for days after their murders. For a negrophilic, such as John was, dead bodies held a sexual pleasure all their own. He would then bury their battered bodies in the crawl spaces beneath his house. Often placing corpse upon corpse.

John Wayne Gacy Jr. was 30 years old when he murdered his first victim on January 3,1972. He was 36 when he was finally arrested. He was 52 when he was executed via lethal injection in 1999.

Ephebophile: First and foremost, John was an ephebophilic. This is a person who is attracted to children who have gone through puberty and have advanced signs of adult sexual maturation. This generally represents teenagers between the ages of 16 and 19 years old. John Gacy openly told his second wife that he only wanted sex with teenage boys. Although Gacy continuously denied being gay, his sexual desires veered only in the direction of young males.

Necrophilia: John Gacy was a negrophilic. This is a person who is sexually excited by or attracted to dead bodies. When Gacy was 18 years old he left for Vegas. He was at one point offered a position as a mortuary assistant, with a place to sleep inside the funeral home where he was employed. At night, when he was alone with only the dead, he would pull out the drawers and examine the bodies, and undress them, fondle them and lay down next to them.

This lasted until the funeral director became suspicious and called the police. John was not identified as the culprit but he knew enough to leave and return to Chicago before he was discovered. In later years, he would keep his murdered victim to have sex with the corpse until that was no longer an option. He would then begin his hunt for a new victim.

Serial Rapist: John was a serial rapist. This is someone who commits multiple rapes, whether with multiple victims or a single victim, repeatedly over a period of time. This was a constant with John and his motive was always sex.

Sexual Sadist: John was a sexual sadist. Sexual sadism is infliction of physical pain and/or psychologic suffering on another person to gain sexual excitement and/or an orgasm for oneself. John would bind his victims, rape them for hours, torture them with foreign objects and eventually strangle them to death as he had his final sexual release during the shutterings of their death throes.

Abductor: An abductor, is a person who makes someone go somewhere with them, especially using threats or violence. In John’s case, he used neither threats nor violence. He used trickery. Gacy would lure young males into his house using the promise of work, drugs, sex or money. Once in, they were never seen or heard from again. In effect, he abducted every one of them.

Serial Killer: A serial killer is typically a person who murders three or more people, usually in service of abnormal psychological gratification, with the murders taking place over more than a month and including a significant period of time between them. John Wayne Gacy was probably one of the most prolific serial killers of all time. He murdered 33 (maybe more) young men and boys from 1972 to 1978.

The Pathology Of John Wayne Gacy 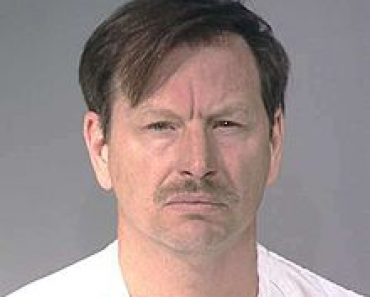