John Wayne Gacy is one of the most recognized names in the world of horrific crimes. He was a prolific, homosexual serial rapist and cold blooded killer. He was convicted of the rape, torturer and murders of 33 young men and boys between 1972 and 1978. (Rumor has it that there were probably a lot more !)

John Gacy never graduated high school. (That’s not the creepy part) Instead he dropped out in his senior year and left his native Illinois for Vegas. There he found employment at a mortuary, as an attendant. Here’s the creepy part – It was here, in Vegas, that he discovered and, more than likely, actually allowed himself for the first time, to explore his sexual fascination with two things. One was the fact that when he saw the body of a young man laying dead in a casket, he was aroused. And secondly – the really creepy part – was that the ‘dead’ part was what was truly turning him on.

John crawled into the casket with the corpse and laid down against the dead body and caressed and fondled and cuddled with it. And this would not be the last time John Wayne Gacy would lay and cuddle with dead boys. It would just be the first and would become a reoccurring trait that he would adopt over the years of murder that were, as yet, still out in front of him.

Number One of creepy things you probably didn’t know about John Wayne Gacy : He was a negrophilic.

He would, in the years to come, often keep the corpses of his victims as close as he could until decomposition would demand disposal. Even then he didn’t move the bodies far. Just into the crawl space under his house!

John Wayne Gacy married into money. (KFC). He went to work for his wealthy father-in-law managing three Kentucky Fried Chicken stores. He became a respected and well liked member of his community. In the course of those two years, he also fathered the only two children he would ever have. (That’s where the normal stops and the creepy begins.) While John was procreating with his wife at home, he was also coercing the young boys in his employment into homosexual acts with him. (In fact, while his wife was giving birth to his son, John was luring a young boy into his car.)

John Gacy was arrested on these charges and plead guilty to sodomy in 1968. It would be the first time John was ever arrested. He was 26 years old. To say everyone was shocked was an understatement. His wife on the other hand was totally freaked out and wanted a divorce. When she filed for the divorce, John was so pissed off that he told her he never wanted to see her or either of the children ever again! He said that he would consider all of them as dead. (If that was supposed to be some kind of threat, that would make her reconsider, is hard to say. But the ploy didn’t work and he never did see any of them again.

John was sentenced to 10 years in prison for the sodomy charge, but only served 18 months. Almost immediately upon his release, in February of 1971, Gacy was charged with the attempted rape of another young man. But the charges were dropped when the victim didn’t show up for the hearing. And that’s too bad. That young man’s words may very well have saved the lives of 33 young men and boys.

Number Two of creepy things you probably didn’t know about John Wayne Gacy : Had John actually served that original 10 year rape charge he would have been released from prison in the exact year that they arrested him for 33 horrifying crimes.

Think about that. In 1968, the authorities had John Wayne Gacy Jr. right where he needed to be. In prison! Had he served that original 10 year rape charge he would have been released from prison in the exact year that they arrested him for 33 horrific and horrifying crimes of rape, torture and murder. Had he paid the true price for his first crime, all of those young men and boys would most likely be alive today! Now tell me that’s not creepy!

John fancied himself a respected and loved business man. He thrived on attention and being admired by his peers. He threw grandiose theme parties (sometimes as many as 300 guests!) in the street and invited the elite of the area, as well as friends in the neighborhood and family members. He was climbing the ranks of the local Jaycees and was the precinct captain of the local Democratic Party. He started his own construction company and hired local teenage boys from the area to keep his costs low and local residents employed. (Or so he would say. Many of those teenage boys would become his victims, whose bodies would be found buried in the crawl spaces under his house.) READ THE VICTIMS OF JOHN WAYNE GACY

His business grew well. John said he wanted to ‘leave his mark on the world’ and desired to one day run for political office. (From this desire came his alter-ego, ‘Pogo the Clown’. ‘Pogo’ did charity events and entertained children in the local hospital.)

John was rapidly climbing the ladder of success. Enter the creepy part – to the outside world all seemed perfect in John’s life. But John’s second wife was seeing something completely different from the inside. He had told her that he no longer would have sex with her, as his sexual interest was now in young, teenage boys only.

Number Three of creepy things you probably didn’t know about John Wayne Gacy : John actually told his second wife that he only wanted sex with teenage boys and refused to sleep with her after that. And she told no one! WTF?

John actually told this woman that he wanted to have sex with teenager boys! Why didn’t this woman tell anyone. That little piece of information could have gone a long way in saving some lives in the very near future!)

In 1978, there was a Christmas party going on. It was held in the home of a business associate of John Wayne Gacy’s and so, of course, John was there. He loved attention and was present at every, and any, event that would put him, and his political ambitions, in the lime light.

One of the highlights of this particular party was the presence of a well known psychic, Florece, who would be entertaining the guests with card readings. Everyone was having a great time and Florece was the hit of the party.

When the party began winding down, John Wayne Gacy sat down across from the psychic to hear his reading. Florece had an instant pang of fear and discomfort. She will recall, however, that the moment he spoke, she was spooked. She knew something was terribly wrong with the man. But she shook it off and laid the cards out in front of herself. She instantly became physically ill. Florece did not gain any details from the cards, save but the underlying current of pure evil that encased the man. She was terrified to speak about the cards before them and so she bluffed the reading and quickly prepared to leave. Before she did, however, she went to the hostess and told her exactly what she had felt about John. She also added that she was afraid of him and that he was extremely perverted and very violent. The hostess, who had been friends with John for many years, gasped at the idea and refused the opinion the psychic was proposing. Several weeks later, this little conversation would be recalled with a very different kind of gasp, as 33 decomposing male bodies, ranging from nine to twenty nine, would be unearthed from beneath the house of John Wayne Gacy.

Number Four of creepy things you probably didn’t know about John Wayne Gacy : A well known and trusted psychic was so rattled by John Gacy’s very presence that she had to leave a party. She stated that he was “pure evil.” She was “afraid” of him. He was extremely perverted and very violent.

While John was incarcerated in 1979, awaiting trial, his defense attorney ordered an EEG alcohol test be taken on John. They wanted to see what happened to him under the influence. He said that he had always suffered blackouts since having surgery as a child, to remove a blood clot he had on his brain, and his lawyers wanted to see if in fact this was true.

So, his 21 year old prison guard at the time, walked John into a room and for the next hour and a half gave him shots of scotch every fifteen minutes. The idea was to see if a physiological change triggered an impaired behavior in the brain and therefore in the behavior of the will of the person.

In Gacy’s case, the answer was no! He did become drunk but his brain never changed. He did however, pass out cold! (That could explain why Gacy never drank with the young men he was coercing into his grip. He also confessed that he never, never drank before a kill!)

But here is the really, really creepy part of this whole tale –  after John’s execution, his brain was removed and studied for over six hundred hours, seeking to find the abnormalities that made him, and prolific rapists and murderers like him, different than all the rest of the ‘normal’ people. After all was said and done, the creepy…no, no….the really scary conclusion was …. John was perfectly “normal”.

Number Five of creepy things you probably didn’t know about John Wayne Gacy : John Wayne Gacy, the ‘Killer Clown’, was just like all the rest! Perfectly sane and in his right mind. He chose to do these horrific things and knew he was doing them. Plain and simple, he did these things because he wanted to!

John Wayne Gacy’s brain is kept in a zip lock baggie as a reminder of just how much we really don’t know about the human mind or the free will of men.

Kenneth Allen McDuff was born on March 21, 1946 and was an American serial killer. He was convicted in 1966 of murdering 16-year-old Edna Sullivan, her boyfriend, 17-year-old Robert Brand, and Brand’s cousin, 15-year-old Mark Dunnam, who was visiting from California. They were all strangers whom McDuff abducted after noticing Sullivan. McDuff repeatedly raped her before breaking her neck with a broomstick.

McDuff was given three death sentences that were reduced to life imprisonment. He was paroled in 1989 and went on to kill again. He was executed in 1998.

He is the only person in American history to have ever been assigned two different death row numbers. 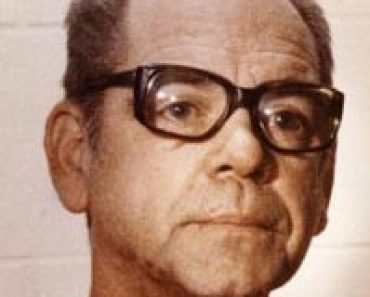 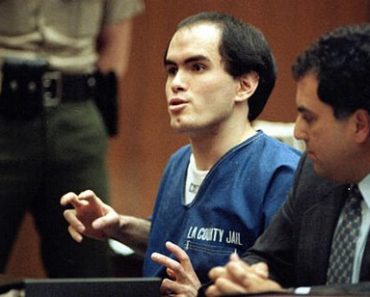 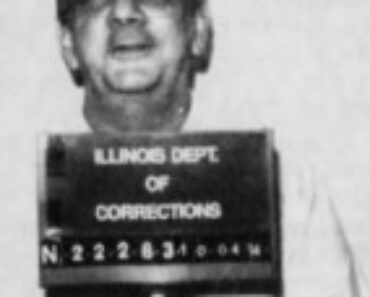