Bones In The Boxes

The horrifying details of how four young boys died at the hands of perverted Cordell Farrington were revealed to their grieving families.

Relatives listened in disbelief as prosecutors disclosed the sordid and gruesome circumstances surrounding their killings on Grand Bahama seven years ago.

The court heard how 43-year-old Farrington picked up Mackinson Colas, 11, Junior Reme, 11, Deangelo McKenzie, 13, and Desmond Rolle, 14. He brutally attacked them and hid their bodies in secluded areas, only to return weeks later to collect the remains and store them in boxes at the home of his unsuspecting former girlfriend.

The revelations during Farrington’s sentencing hearing sparked an emotional outburst from members of the victims’ families who sobbed uncontrollably and had to be ushered out of the court.

Cordell Farrington had already pleaded guilty to manslaughter. In his confession, he revealed how he picked up the unsuspecting boys, sodomized them and then killed them. He told how he hid their bodies at Barbary Beach in eastern Grand Bahama, returning weeks later for their remains.

Sentencing Cordell Farrington to life, Senior Justice Jon Isaacs described the killings as “horrific and not of someone who should be readmitted into society.”

The court heard how Farrington, tired of killing, walked into the Central Police Station in Grand Bahama, told police he simply could not take it anymore and confessed to the murder of 22-year-old Jamaal Robbins – who he claimed had been his lover – as well as the murders of the four boys. Cordell Farrington is already serving a life sentence for the death of Mr Robbins.

Mackinson Colas went missing on May 16, 2003. He was last seen by his mother.

Cordell Farrington told police he had picked the boy up on Pioneer’s Way, Freeport. He confessed that he took Mackinson home, ordered him to take a shower and told him he was going to kill him.

According to his statement, Farrington said that when the boy asked why he had to kill him, he replied by saying simply that he “had to do it.”

Farrington told police he bound the boy by his hands and feet with duct tape and struck him on the head several times with a wooden plank. He then put the boy’s body in the trunk of his car, drove to Barbary Beach and buried him there. Two weeks later he returned to collect his remains.

An outburst by a sister of the deceased prompted the judge to order that all relatives leave the court.

“You took my brother from me. You are supposed to die,” the woman shouted.

Deangelo McKenzie was last seen by his grandfather on May 27, 2003. Farrington told police he picked up the boy in the parking lot of the Church of God while he was heading home from school. He said he had asked the boy to go home with him to pick up some equipment for the church. He confessed that he took the boy home and had sex with him twice. He asked the boy about his family and told him he was going to have to kill him. He said the boy told him that he only wanted to go to school and have a good education.

Cordell Farrington then bound the boy with duct tape and hit him in the head several times with a wooden plank. He then put the boy’s body in the trunk of his car and drove to Barbary Beach where he hid the body.

Junior Reme was reported missing on July 29, 2003, and was last seen by his mother.

Farrington told police he had picked the boy up at the rear of Christ the King Anglican Church and took him home. There he ordered the boy to take a shower but the boy refused.

Farrington told investigators that he bound the boy with duct tape and the child started to scream, so he stabbed him in the neck with a knife; all the while his own son was in another room. He told police he took the boy’s body and put it in the trunk of his car. He then drove to Barbary Beach where he hid the body. Farrington told police he was sorry the boy had to die such a horrible death.

Desmond Rolle was last seen by his mother on September 28, 2003.

Farrington said he picked the boy up at a park while heading to William’s Town. He told the boy he knew his mother and brother, and having gained his trust, drove him to a bushy area where he handcuffed and raped him. Farrington then slit the boy’s throat, took his body back to his car and committed a sex act. He took the boy’s body to Barbary Beach, slit open the chest cavity, removed his heart and severed his limbs. Cordell Farrington told police he was trying a “new way” to kill.

Prosecutor Neil Brathwaite said there was evidence that Farrington had also been involved in bestiality, had been admitted to Sandilands and had suffered physical, emotional and psychological abuse. He said the prosecution had accepted Farrington’s plea of guilt to the charge of manslaughter as he had acted with diminished responsibility.

When asked whether he had anything to say, Cordell Farrington broke into tears in the prisoner’s dock.

He said: “I didn’t fully understand what happened but I ask for forgiveness from the family members.”

His attorney Ramona Farquharson noted that Farrington had confessed to the crimes and had suffered from a severe personality disorder. She submitted that prior to committing the offences he had been a productive and law-abiding citizen.

In sentencing Farrington, Senior Justice Isaacs noted that the promising lives of four young boys had been snuffed out and that the court could show no further degree of mercy to Cordell Farrington other than what had already been afforded him. He also noted that Farrington reportedly suffered from a severe personality disorder. Senior Justice Isaacs described the killings as “horrific and not of someone who should be readmitted into society.”

He sentenced Cordell Farrington to life imprisonment on each of the four counts. The judge stated that while in prison he would receive the counselling he needs. The court hoped that he would spend the rest of his natural life in jail. 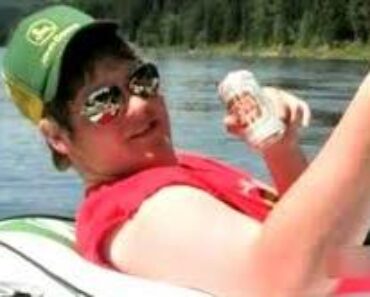 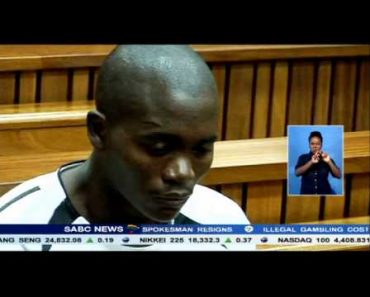 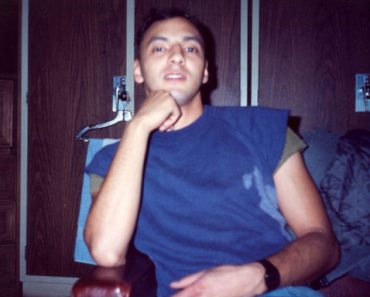