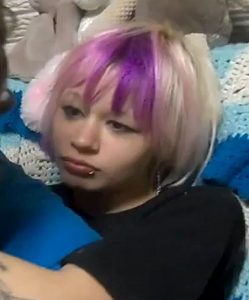 The day she held up the Waco Branch of Cornerstone Bank, Hannah Sabata, the Chick Bank Robber, bragged in an online video that she was “having the best day of her life.”

But, on Monday, the 19-year-old told Judge Patrick Mullen that “I shouldn’t have robbed a bank. It wasn’t the best day of my life. I was just manic. I learned that robbing a bank takes you to jail. I’m sorry I scared the teller, I wish I could take it back. I shouldn’t have stolen that money, it wasn’t mine. I want to be an art teacher and I want to make the world a beautiful place. I’ll never rob a bank again.”

Judge Mullen responded that in order to make sure she doesn’t have the opportunity to rob any more banks and to protect society, the young women will have to spend 10-20 years in prison.

Hanna Sabata, who termed herself the “Chick Bank Robber” in the online video, that later went viral, admitted to stealing a car in York, driving to Waco and committing the robbery. She told the bank teller that she had a gun and the teller had several minutes to give her cash. The teller did as she was told and the bank robber, Hanna Sabata walked away with more than $6,000.

When she arrived at her home in Stromsburg, Sabata proceeded to create the video, in which she told her story via subtitles against the backdrop of music by the rock band “Green Day.”

She held up the keys of the stolen vehicle, proclaiming she now had a “shiny new car.” She acted as if she was smoking a joint right before she indicated she robbed a bank and was now rich. She also suggested that the motivation behind the crime may have been retaliation against the state for “taking away her baby.”

Hanna Sabata also indicated she was going to go on a shopping spree the next day.

That shopping spree, however, never happened as the York County Sheriff’s Department quickly discovered the identity of their suspect following the release of surveillance video and photographs from the bank, as well as the discovery of the stolen vehicle in a Stromsburg park and a piece of the bank robber’s jewelry that included her name.

Instead of going shopping, Sabata was awakened by York and Polk County authorities who placed her under arrest. Investigators found the stolen money and a wide array of evidence against her.

The Bank Robber Has Mental Problems

Sabata’s attorney, Jeff Pickens, told the court that his client was a candidate for probation, due to her young age, a long history of mental illness and a series of life issues that may have pushed her to committing these crimes.

“I handle a lot of bad cases, where we represent murderers, first degree sex offenders,” Pickens said. “Every three to four years, I make a pitch for probation. And I will be, in this case. This was a very serious offense, but I want to address her character, her obvious genetic predisposition to mental illness.

“She first received psychiatric care when she was nine years old and her mental illness records are voluminous. She received mental health care almost continuously until she was released from Boys Town at the age of 18. Medication is a big part of her treatment and she took medication up until about a year before she became a bank robber.

“And at 17, she lost her virginity to a carnival worker who gave her HIV,” Pickens said. “Later, she became pregnant with another man and they married while she was in high school. Her husband was sentenced to prison. In the last trimester of her pregnancy, she stopped taking her HIV medication which increased the risk of her child contracting HIV. Her son was born HIV negative, but Health and Human Services took custody from her, based on the reasons of her mental illness and not taking her HIV medications. She has never had custody of her son.

The Sheriff Has Been Kind Enough

“The sheriff has been kind enough to fill her medications (to treat her mental illness and HIV) since she’s been incarcerated,” Pickens said further. “She’s been in pretty good shape now that she’s had her medication.

“Her husband was discharged from prison, but they were estranged and he filed for divorce,” Sabata’s attorney said. “Hanna tried working but she’s really had no job. She has no employment or educational opportunities. She was losing hope.

She Was Only Going Through Cars To Steal Little Things

“As far as the crime itself, she was going through cars looking to steal little things,” Pickens said. “That’s when she found a nice car and the keys and took it. Then she goes home, writes out the bank note, puts a pellet gun in her backpack, decides to rob a bank. She gives the note to the teller and $6,000-some is given to her. She went home and while in a manic state made a video. All the money was found and no one was physically harmed. I understand there was emotional harm and that this was extremely scary. I know the teller has suffered from nightmares and other issues since. But I don’t think Hannah understood that until I told her about the teller and she gets that yes, someone was hurt.

The Bank Robber Had A Gun

But Didn’t Understand She Could Be Causing Harm

“She did say she had a gun (in respect to the crime being a threat to someone). But she was also delusional. She didn’t even think there was a possibility that she would get caught, which she told Dr. Bruce Gutnick (an Omaha psychiatrist who evaluated her). She also didn’t understand that she could be causing harm.

“She has no history of criminal activity, she’s only 19 so she hasn’t had much of an adult life to build a criminal history,” Pickens said further. “As a juvenile, there were incidents where she threatened her parents and was convicted of misdemeanor criminal mischief. It’s very unusual to see someone go from criminal mischief straight to robbery.

“In weighing her pride against her remorse, she said she didn’t think she had the guts to do it,” Pickens said. “So she felt like she was surprised she had the guts – and bad judgment, I might add – to carry it out. I don’t think she’ll commit another crime. She’d like to have a relationship with her son, someday. Prison won’t help her. And is someone going to go out and rob a bank because Hannah Sabata got probation? I don’t think so. She’s very smart, even though she has very bad judgment. She is very spiritual, artistic and a prolific letter writer. She has hopes and dreams and wants to be an art teacher.

We Don’t Need To Protect Society From Hanna Sabata

“If we should say she should only be in prison because she will hurt someone – that’s not the case here. We don’t need to protect society from Hannah Sabata. This is one rare opportunity to help someone turn her life around, with intensive supervised probation with strict conditions. Her life could be a success story – maybe in 10 years from now, people will say she’s a great mom, a great art teacher and can you believe she was once the infamous Chick Bank Robber?”

York County Attorney Candace Dick, however, had a much different stance regarding Sabata’s motivations.

“I included in her diary in the pre-sentence report, which investigators found in her residence, so the court could read her own words, her attitude,” Dick said. “This was a criminal attitude to take from other people and experience joy from that. She’s had several periods of psychiatric treatment and counsel says she was delusional. But taking drugs contributed to the potential of that psychosis.

“When she was interviewed by the probation officer, she misled them, left out details,” Dick said. “She said she had never taken meth or hallucinogens, as she told the doctor. She’ll say whatever she needs to say to benefit her at the expense of everyone else, including that bank teller. She told the doctor, months after the robbery while she was on medication that she was proud of herself and that showed a pro-criminal attitude. She had significant stressors in her life, that’s without question. But again, she felt she had nothing to lose.

Hanna Sabata Is Not A Model Prisoner

“She did threaten and terrify the bank teller,” Dick said. “Will she respond well to probation? She’s already demonstrated discrepancies when talking to the probation officer. And she hasn’t been a model inmate – she’s been very difficult to handle in jail. She has also been held for safe-keeping at the women’s prison because she is so difficult – and yes, while she’s taking these medications.”

Dick also referred to what appeared to be a quote from Sabata in which she said, “If I’m not happy or I’m miserable, I will do whatever I have to do to feel better.”

“This is about robbing a bank,” Dick said. “No matter how strange the circumstances or the juvenile attitude afterward, this was still an adult female who successfully robbed a bank and placed that teller in extreme fear. Probation would promote disrespect of the law and we are asking for a straight term of imprisonment.”

The Judge Makes His Ruling

“The facts of this case are well known,” said Judge Mullen. “It was planned, there’s no question about that, as seen in your notes and journals. It showed that it was thought out. The note to the teller was direct and took into account how you wanted it handled. It was certainly frightening to the teller and there was trauma inflicted upon the teller, there’s no doubt about that. This case really centers on your personal responsibility of planning, staging, doing it and then your sense of it. And then you made sure you splashed it all across social media. Your counsel says that you were in a manic state – well, you were excited by it all, you enjoyed it and you reveled in it after you accomplished it and then you wanted to share that joy.

“You said that you robbed a bank, ‘I’m rich and tomorrow I’m going on a shopping spree,'” Judge Mullen continued, in addressing Sabata. “That showed that you were going to do things your way. You have a lack of empathy for persons and property, that is clear. You don’t use sound judgment to restrict those inclinations at all. It’s Obvious that you are likely to re-offend and society is at risk. A letter of regret at this point is the nature of saying what you have to say to limit the damage in your life.”

In pronouncing the 10-20-year sentence, Judge Mullen said he would give Sabata credit for 203 days already served in the county jail.

Sabata’s attorney, Pickens, said after the court proceedings that his client “is sad” about her sentence.

“But if she’s a good prisoner,” Pickens added, “she will have a good opportunity for parole in five years.” 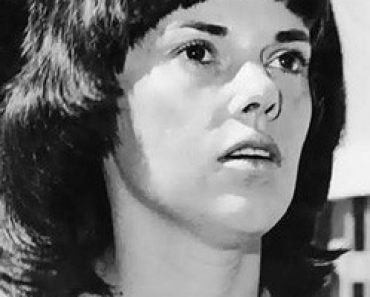 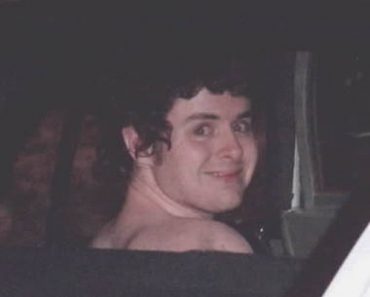