The Erfurt Massacre was a school shooting that occurred on April 26, 2002. The killing spree took place at the Gutenberg-Gymnasium, a secondary school, in the Thuringia State capital Erfurt, Germany. Robert Steinhauser , a 19-year-old student that had been expelled just a few months prior, shot and killed 16 people, including 13 teachers and staff members, two students, and one police officer, before finding himself tricked and trapped, and finally committing suicide.

According to students, Robert Steinhauser ignored them (his classmates) and aimed only for the teachers and administrators. (Although two students were killed, and another injured, by shots fired through a locked door, the students are certain that those classmates that were killed were not a target, but simply casualties, caught in the cross hairs that couldn’t be avoided.

The Killing Rampage Of Robert Steinhauser

At around 9.30 am on Friday morning, Robert Steinhauser left his home on the outskirts of Erfurt, Germany. He made his way to the terminal and hopped on a bus for the 20-minute journey to his school. He’d been expelled in February, for a forged doctor excuse and disruptive behavior, several months prior to this date, and the results of this action was not sitting well with him. He needed to be taking exams like his classmates, (and had even told his unsuspecting parents that he was headed to take a math exam that very morning), to ensure placement at the University.

However, that now was certainly not the case and Robert Steinhauser knew it.

Instead, Robert was heading toward the school with a bag holding a black mask, a Ninja fighting outfit, two shotguns, a pistol and more that 500 rounds of ammo.

After arriving at the school, Robert Steinhauser loitered near the playground for nearly an hour smoking cigarettes before finally entering the school building. He went into the closest bathroom and quickly changed into his killing clothes. He concealed the guns beneath a long, black Mafia style trench coat, much like the ones that Eric Harris and Dylan Klebold wore when they committed the 1999 Columbine High School Massacre in Littleton, Colorado, and walked out of the bathroom and into the hall.

Robert Steinhauser went first to the secretariat. Once there he shot both the deputy school principal and the secretary, but did not enter the office of the headmistress. He walked back into the corridor and headed down the hall.

Hearing the strange noise, the headmistress went out to take a look. Robert Steinhauser had already left the room so she did not see a gunman, but she did discover the bodies. She immediately returned to her own office and locked herself in. She alerted the emergency services at one.

After leaving the secretariat, Steinhauser went up the stairs toward the first floor. While he was still on the steps, he shot several times into the back of a teacher who was about to open a preparation room. On the first floor, he moved into room 105 and shot the teacher in front of the students. Alerted by the shots, the teacher from the opposite classroom wanted to see what had happened and entered the corridor, where he was immediately killed.

Robert Steinhauser then made his way to the second floor. There he first entered room 206, but found it empty. He turned to 205, but found only a few students. Robert did not shoot. He turned away and crossed the hallway to the north stairwell. He pulled his rifle up and fired five times at a teacher. Then he entered room 211 and shot that teacher five times as well, again in front of students. He stepped into room 208. He didn’t shoot because he didn’t see the teacher, who slipped by his glance due to the fact that she resembled the surrounding students in size and youthful appearance.

Robert Steinhauser returned to the southern second floor. The situation was different now because most of students already knew the event that was unfolding and had run for their lives. For the first time, Robert came up against locked and barricaded classrooms. But he also found more victims. He murder a fleeing  fleeing teacher. She fell forward through a half-opened door and slid to the floor. Robert Steinhauser stepped over her and, from the other direction, shot the woman again. The perpetrator changed the magazine for the second time.

In room 208, the teen-looking teacher, who had previously been spared of Steinhäuser, locked herself up with her class. Robert tried to enter the room but was unsuccessful. He then opened fire on the closed door, killing two students inside.

Robert Steinhauser now went back to the first floor, where he fired a shot through the door to a toilet. The shot stuck in the backpack of a student standing in front of a sink.

Steinhauser now went to the schoolyard. There he shot a teacher who had taken care of the evacuation of the students and had repeatedly driven them to leave the school grounds. At this time, five minutes after the first shot, the first police car arrived at the school. Robert Steinhauser opened fire on the police and one of the policemen shot back once. Robert quickly returned to the first floor and fatally shot a policeman in the head from the window.

In front of room 111, Robert Steinhauser came face to face with a teacher, Mr. Rainer Heise. The perpetrator had already removed his face mask, so the teacher could recognize him. The teacher was aware of the extent of the events of the last few minutes. He was also aware that he had the gunman right in front of him.

He said to Robert, “You can shoot me now, but you have to look me in the eye.” Robert looked up at the teacher, and let his shoulders drop. He lowered the gun. In a low, respectful voice Robert said

According to Mr.Heise, he asked Robert Steinhauser to come for a conversation into the next room where they could sit and talk about what had just taken place. Robert Steinhauser agreed and went through the open classroom door. As soon as Robert crossed the threshold, Mr. Heise shoved the boy forward and quickly slammed the door, bolting it and locking Robert in. Within minutes, Robert Steinhauser shot himself, bringing the number of dead to 17. The massacre was over.

From the first shot to Robert Steinhauser’s  suicide, the killing spree lasted no more than 20 minutes. The gunman had killed 16 people in the massacre—12 teachers, two students, one secretary and one policeman. Seventy-one rounds were fired throughout the whole series of shootings.

Who Was Robert Steinhauser

Robert Steinhauser had a predilection for guns, Nazis and Satanism. He was part of the sinister Blue Rose Cult — an internet-based ring of lonely and delinquent youngsters, who are into Gothic music and devil-worship. The cult has been linked to at least 15 teenage suicides in eastern Germany in the past two years, and there have been reports that some members have slaughtered animals as part of satanic rituals.

Others take part in bizarre rituals where they slash each other with razors and then drink the blood of their friends. The group encourages teenagers to talk about their ‘miserable lives and useless existence’ in chat  rooms. Via email, members of the Blue Rose Cult even encourage each other to commit murder and/or suicide. In November 2000, an 18-year-old from Klietz in Germany jumped out of his window to his death. On his computer were messages from the Blue Rose Cult telling him to take his own life.

Police spokesman Achim Kellner said Robert Steinhauser was angry over being expelled from school after forging a doctor’s note as an excuse to stay off school and play truant. ‘This was an act of revenge,’ Kellner said. 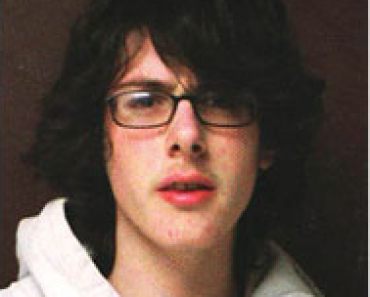 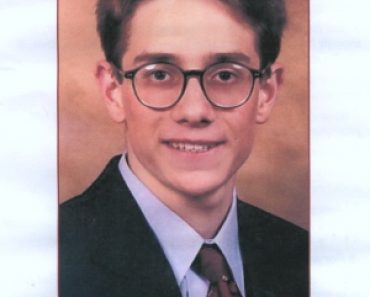 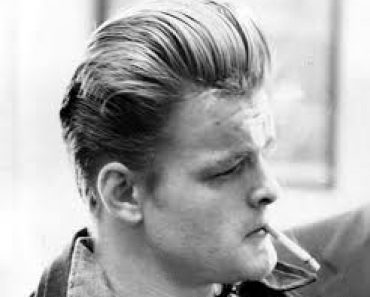