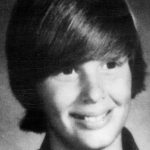 Johnny Gosch was kidnapped while he began his early morning paper route for the Des Moines Register in West Des Moines, Iowa on September 5, 1982. He was only 12 years old.

Eye witnesses to the kidnapping remember seeing a man in a Ford Fairmont that stopped and, presumably, asked Johnny for directions. Johnny spoke briefly with the man, supposedly helping the driver out in some fashion, before the car drove away. Johnny, after returning to a few other boys that likewise had paper routes of their own to get to, told them that the man in the car had really freaked him out.

The car was then seen following Johnny and, as soon as he was out of the sight of the other boys, 2 men came from the vehicle and grabbed him, forcefully pushing him into the car, which then sped off down the road.

Although this was ‘totally bizarre’, not one stinking person reported what they had seen! Jesus! What the hell’s wrong with people. You see a 12 year old get ripped from the street, and I’m going to venture to say kicking and screaming and fucking fighting with all he had in him and you don’t call the law? get a license plate number? run to try and save the poor kid? WTF? What’s wrong with people?

It wasn’t until Johnny’s parents received a phone call from a complaining customer wanting to know where the hell his lousy newspaper was, did anyone realize that something was wrong. BULL CRAP! Those witnesses knew something was horribly wrong! (I’m just saying…)

After receiving the phone call from the cranky old man down the street about Johnny’s tardiness with his delivery, Johnny’s father went out looking for his kid, only to discover his wagon, still full of undelivered newspapers, just a few blocks away. He raced back to the house, immediately informed Noreen, Johnny’s mother, and dialed the police.

This is where things will really start to piss you off! (like lame eye-witnesses that do nothing to intervene in the kidnapping of a little boy isn’t enough!) But anyway….

The police were very slow to respond and almost at once decided that Johnny must be a runaway, even after the witnesses finally came forward and reported the strange car and the even stranger man that had frightened Johnny when asking for directions.

Realizing immediately that the police were going to be of no speedy aid in finding her son, Noreen begin phoning friends and neighbors and swiftly organized a search party that spread out across the county to find the paper boy that had vanished into thin air!

Next she contacted local and national media to cover Johnny’s story, which was shown nation-wide. She hired a private investigator who followed up on leads that were never pursued by the local law enforcement. What she learned scared her nearly to death. It would appear that Johnny was kidnapped for the sole purpose of use in a global pedophile and pornography ring. He had not been killed nor would he be. His fate, in some ways, was much, much worse! He would be kept alive and subjected to trauma and torture, of the most frightening, sadistic, sexual nature, to beat down his self-consciousness to make him vulnerable to brainwashing. He would be broken (mentally, psychically, psychologically and spiritually) in order to become a twelve (say it!) twelve year old male “sex slave” to the very people (the cult) that had abducted him.

Six months after Johnny’s abduction, a young boy, in a parking lot at a grocery store in Oklahoma, started shouting hysterically at a woman walking to her car. “Help me! I’m Johnny Gosch, I’ve been kidnapped!” But before the woman could react, or probably even wrap her brain around what the boy was screaming at her, two men violently wrestled the kid into a car and off they sped, never to be seen again.

Over the next few years, several other forms of evidence surfaced that assured Noreen that Johnny was still fighting for his life. A dollar bill, with the message “I am alive. Johnny Gosch,” was turned over to Noreen and she confirmed it was indeed Johnny’s handwriting. And he left another message, in Denver, Colorado, on a bathroom wall with red nail polish. It read: “Johnny Gosch was here.”

Noreen knew that her son was out there alive somewhere and she was determined to find him at all cost. And like wise she would never give up trying to find and reveal the truth about his abduction and his abductors!

What Noreen did learn was that the American child sex slave trafficking organization that took Johnny, and not randomly – he had been selected –  had direct connections to some very influential people! “higher ups” as she called them. These would include those of the CIA, the military, and even politicians in Washington DC.

Certainties that Noreen had formed were later confirmed by other victims that had been caught in the same ring. She was able to meet with some of the victims and learned that once they outgrew their ‘little boy’ worth, they were used for other things, one of which was aiding in the kidnapping of other little boys! A few also said that they had actually been with Johnny at one time but no longer knew where he might be. And one said that Johnny and another boy had escaped their captors and was hiding for fear of being murdered.

Noreen constantly searched for Johnny. She made public appearances, gave regular press releases (always sending personal messages out to Johnny, in the hopes that he was watching and would know that she was searching for him) and became an activist on behalf of missing and exploited children. It was because of her constant efforts, that Johnny, and other kidnapped victims, became the first abducted children to appear on milk cartons across the nation!

One morning, extremely early, in 1997, a knock sounded on Noreen’s door. She asked, because of the strange hour, before opening the door: “Who is it?” A voice answered softly, “Mom, it’s me. Johnny. Can I come in?” Without hesitation, she opened the door and instantly recognized her son! He was 15 years older, but it was her little boy.

Johnny explained quickly that he was not there to stay. That would not be safe. Both he, and the man that accompanied him (another man who had been kidnapped as a little boy) were both in grave danger if caught. But he did confirm though what she’d pretty much known all along.

He was extremely nervous the entire time they spoke but he said that he needed her help to bring his abductors to justice. He said he could implicate several very wealthy and influential people in the group but until the organization was exposed and brought to justice, he would have to remain, perhaps forever, on the run. He kissed her cheek then slid quickly into the darkness of the night.

Noreen Gosch published a book in 2000 titled “Why Johnny Can’t Come Home” to give a detailed account of everything she learned connected to Johnny’s case.

As for Johnny, he’s alive out there somewhere, and that does give Noreen hope. 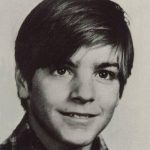 And probably hope for the parents of Eugene Martin, another paper boy who disappeared from his Des Moines Register paper route (hmmmm?) two years after Johnny was abducted. 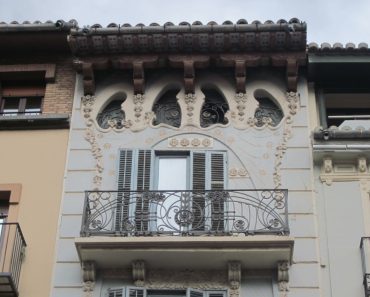 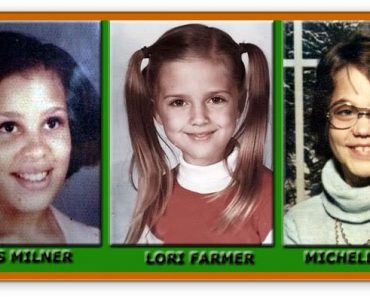 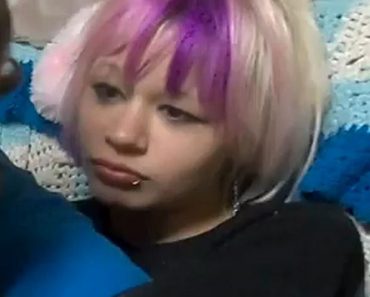