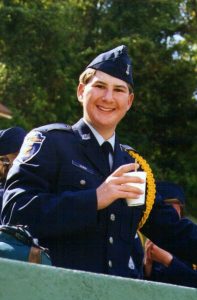 18 year old Zebb Quinn ended his shift at Walmart around 9 pm on January 2, 2000. He met a friend named Robert Jason Owens in the Walmart parking lot. The two then parted ways, each going to his own vehicle, but intending to both head to a common destination to check out a vehicle that Quinn was considering buying.

The two men were seen on surveillance footage at a gas station down the road at approximately 9:15 pm. Owens later told police that sometime between leaving the gas station and 9:30 pm, Quinn flashed his headlights, signaling for him to pull over.

Quinn told him that he had received a page and needed to return the call. After Quinn returned from the pay phone, Owens described him as “frantic.”

Quinn told him (Jason) that he needed to cancel their plans to look at the vehicle and, as he sped off, he rear ended Owens’ vehicle. Hours later, Owens was treated at the hospital for fractured ribs and a head injury that he said he sustained in a second car accident that evening. No report for that alleged accident was ever filed with police.

Zebb Quinn Is Reported As Missing 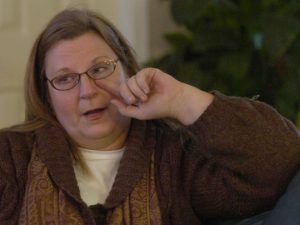 Two days after Zebb was last seen, a phone call was placed to the Walmart where Quinn was employed by a man purporting to be Zebb Quinn. The man told them he wouldn’t be in to work because of illness.

The coworker, who received the phone call, was familiar with Quinn’s voice and became suspicious. The phone call was traced back to a Volvo plant where Owens worked. Owens admitted making the phone call, claiming that he was doing his friend a favor after Quinn phoned and asked him to call in sick for him. Owens denies any involvement in Quinn’s disappearance but is considered a person of interest in the case.

During the investigation, police interviewed a woman named Misty Taylor, whom Zebb Quinn was interested in romantically. Quinn had developed a relationship with her in the weeks preceding his disappearance. He had told his friends and family that Misty’s boyfriend, Wesley Smith, was abusive and had threatened Quinn after he discovered Misty and Quinn had been speaking.

Misty and Wesley deny any involvement in the disappearance.

A review of the phone records in the case indicates that the page Quinn received that evening was dialed from the home of his paternal aunt, a woman named Ina Ustich. Quinn had very little contact with Ustich prior to his disappearance and she denied making the call.

Ustich told police she was having dinner at the home of her friend Tamra Taylor, Misty’s mother. Misty and her boyfriend, Wesley, were also present. Ustich later filed a police report stating that her house was broken into that evening during that time frame. Although nothing was stolen, she reported that a few picture frames were moved around. 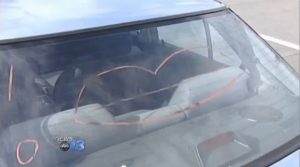 Two weeks after Quinn’s disappearance, his vehicle was found parked near the hospital where his mother works. A pair of lips were drawn on the car’s back windshield and a live Labrador mix puppy was found inside the vehicle. A hotel key card was found in the vehicle, but investigators were unable to trace the key. Also found in the car were several drink bottles and a jacket that did not belong to Quinn. Police collected forensic evidence from the car but uncovered no new leads. Quinn’s mother believes the car was placed there by someone who had knowledge that she worked nearby, with the hope that she would find it.

Investigators believe more than one person was involved in Quinn’s disappearance, but no arrests have been made in the case. No link between Owens and Misty or Wesley has ever been found. 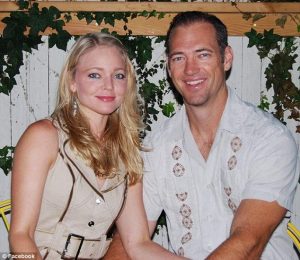 On March 17, 2015, 15 years after Quinn’s disappearance, Owens was arrested in an unrelated incident for the disappearance and murder of Food Network Star television contestant Cristie Schoen, her husband J.T. Codd, and their unborn child.

In June 2015, detectives investigating Zebb Quinn’s disappearance, announced they had unearthed “fabric, leather materials and unknown hard fragments” under a layer of concrete on Owens’ property. The search warrant was initially obtained March 31, 2015.

According to the warrant, investigators also found an unknown white powder substance. Metal and concrete where also found after digging up the concreted fish pond area. On another part of the property, authorities found “numerous plastic bags containing possibly pulverized lime or powdered mortar mix.”

Authorities did not comment on whether the fragments found were human bones. Nor would they say if they believe they discovered Zebb Quinn’s remains, citing an ongoing investigation. 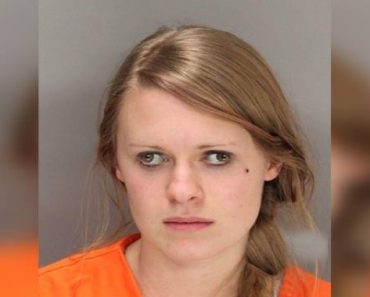 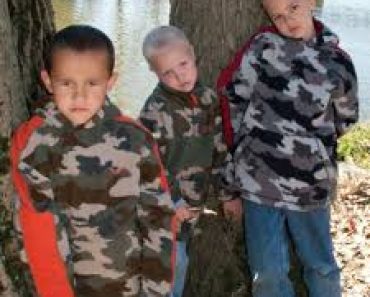 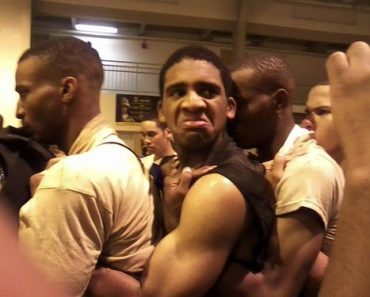