The Seal Beach Shooting was a mass shooting that occurred on October 12, 2011, at the Salon Meritage Hair Salon in Seal Beach, California.

Eight people inside the salon, and one person in the parking lot, were shot. Only one victim survived.

It was the deadliest mass killing in Orange County history.

On Wednesday, October 12, 2011 at 1:21 p.m. police responded to reports of shots fired at the Salon Meritage Hair Salon at 500 Pacific Coast Highway. The alleged shooter was armed with three handguns, and reloaded at least once during the attack, which lasted two minutes.

There were about twenty people in the salon at the time, some managing to escape by running into the street or hiding in neighboring businesses.

Six people were declared dead at the scene. Three survivors were taken to a hospital where two of them later died of their wounds.

The alleged shooter’s former wife, Michelle Fournier, one of the employees at the salon, was also one of the victims.

The suspect in the shooting, named by police as 41-year-old Scott Evans Dekraai of Huntington Beach, California, was arrested without incident after being stopped while driving a white pickup truck about one half mile from the scene of the crime.

He was wearing body armor at the time of his arrest.

The incident was the worst shooting spree in Orange County since the Fullerton Massacre in July 1976, in which seven people died. There had been only one murder in Seal Beach during the previous four years.

The Victims of the Seal Beach Shooting

Sandy Fannin, co-owner of the salon and widow of the slain Randy Fannin, was on the premises at the time of the shooting but survived unharmed by hiding at the back of the property. 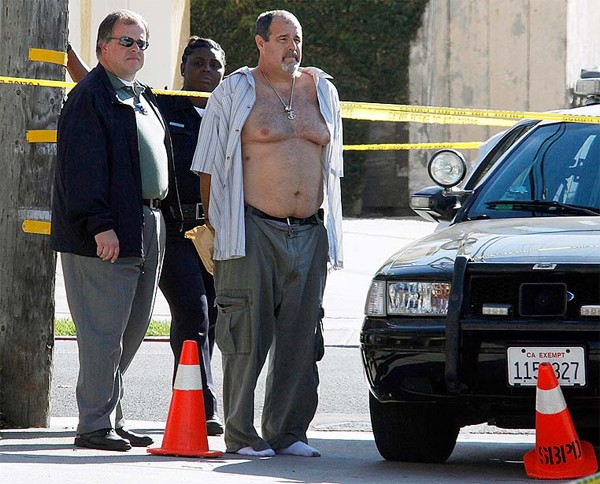 Scott Evans Dekraai, 41, divorced his wife Michelle in 2007 after four years of marriage. Court records showed that he had been engaged in a bitter custody dispute over his eight-year-old son.

His personality was said to have changed after an accident on board a tugboat in February 2007, which left him with serious leg injuries. Following an incident later in 2007 involving his stepfather, a restraining order was filed against him, barring him from possessing firearms. The order lasted a year and had expired at the time of the shooting.

Court documents filed in September 2008 diagnosed him with post traumatic stress disorder. A court hearing had taken place on October 11, 2011, the day before the shooting, which recommended a near-equal custody arrangement.

The Prosecution of Scott Evans Dekraai

Orange County District Attorney Tony Rackauckas announced on October 14, 2011, that Scott Evans Dekraai would be charged with eight counts of murder, with special circumstances, and one count of attempted murder. He also indicated that his office would seek the death penalty.

In a news conference following the shooting, Rackauckas said: “For almost two minutes, Scott Evans Dekraai shot victim after victim, executing eight people by shooting them in the head and chest. He was not done. He then walked out of the salon and shot a ninth victim, a male, who was sitting nearby in a parked Range Rover.”

In an affidavit submitted to police, Scott Evans Dekraai said that he first shot his ex-wife multiple times on entering the salon, contradicting the view of eyewitnesses that salon owner Randy Fannin was the first victim. Dekraai said that on the morning of the shooting, he had argued with his ex-wife over the telephone, causing him to consider killing her. He also said that David Caouette – an apparently random victim sitting in his parked car outside the salon – had been shot because he thought that he was “an off-duty or undercover police officer.”

Dekraai’s arraignment took place on November 29, 2011. The provisional start date for the trial has been given as October 15, 2012.

Dekraai pleaded guilty to the eight murders and one attempted murder in and around the beauty salon and is awaiting the penalty phase of his trial. If he is not sentenced to death he will be imprisoned for the rest of his life without the possibility of parole.

In August 2017, Goethals ruled that Dekraai was ineligible to receive the death penalty due to the purported prosecutorial misconduct in the case. Dekraai was sentenced to eight terms of life imprisonment without parole and one term of seven years to life for attempted murder.