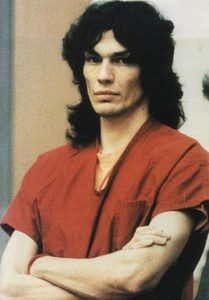 Richard Ramirez was born February 28, 1960 in El Paso, Texas. He was the youngest of seven children. His childhood was troubled.

After growing up with an abusive father, Richard became fascinated by his cousin Mike, a Green Beret who had recently returned from the war in Vietnam.

Richard Ramirez may very well have been influenced into becoming a violent murderer by Mike. The two cousins would get high together and Mike would tell Richard graphic stories about torturing and mutilating Vietnamese women. He would show him vivid Polaroids to prove his stories true. He would brag about torturing and killing his Vietnamese enemies.

When Richard Ramirez was just thirteen years old, he witnessed his first murder. He was present, when his cousin Mike, shot his wife in the face, killing her in front of him, the blood of her body splattering all over young Ramirez’s face.

By 1977, Ramirez’s own petty crimes landed him in juvenile detention. Once released, he later moved to Los Angeles.

Once in Los Angeles, Richard Ramirez picked up an interest in Satanism. He returned to a life of crime and fancied the high of cocaine.

Richard Ramirez and His Wicked Persona Become One 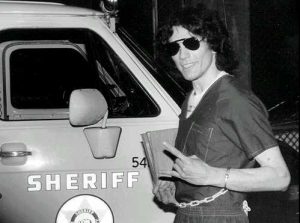 Richard’s first known kill happened in June of 1984. Richard viciously sexually assaulted, stabbed, and murdered Jennie Vincow, 79, while robbing the elderly woman’s house. The brutality of the kill shocked even the police.

In March of the next year, Richard Ramirez attacked Maria Hernandez, who managed to escape him. He did however, kill her roommate, Dayle Okazaki. He also attached Tsai Lian Yu just hours later that same evening, which led the media to nickname this killer the “Valley Intruder.” Richard jumped 30-year-old Tsai-Lian Yu and pulled her out of her car onto the road. Ramirez shot her several times and fled.

Richard Ramirez Is On A Roll

Ramirez normally wore all black when breaking into his victims’s homes, and used a variety of weapons to terrorize them, including knives, a gun, a hammer, a tire iron, and even a machete. He made victims swear allegiance to Satan, and carved pentagrams into their skin.

On March 27, Ramírez shot Vincent Zazarra, age 64, and his wife Maxine, age 44. Mrs. Zazzara’s body was mutilated with several stab wounds and a T-carving on her left breast. He then gouged out her eyes. The autopsy determined that the mutilations were post-mortem. Ramirez left footprints in the flower beds, which the police photographed and cast. This was virtually the only evidence that the police had at the time. Bullets found at the scene were matched to those found at previous attacks, and the police realized a serial killer was on the loose. Vincent and Maxine’s bodies were discovered several days later by their son, Peter.

Two months later Richard Ramírez attacked a Chinese couple, Harold Wu, age 66, who was shot in the head, and his wife, Jean Wu, age 63, who was punched, bound and then violently raped. For whatever reason, Richard chose not to kill Jean and she survived the attack. He left behind more clues to his identity and he was dubbed now ‘The Night Stalker’ by the press.

On May 29, 1985, Ramírez attacked Malvial Keller, 83, and her 80 year old, disabled sister, Blanche Wolfe. He beat each both of them with a hammer. He then attempted to rape Malvial, but for some reason failed. Using lipstick, he drew pentagrams on her thighs and on the wall in the bedroom. Blanche survived the attack.

The very next day, Ruth Wilson, 41, was bound, raped, and sodomized by the Night Stalker, while her 12-year old son was locked in a closet. Richard slashed Ruth only once, then bound she and her son together before he finally left.

June and July Were Not Spared The Night Stalker’s Terror 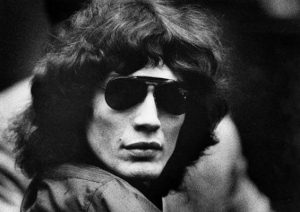 In June and July, three more women were killed. Two had their throats slit, one was beaten to death, and all three had their homes invaded in the process.

On July 5th, Whitney Bennett, age 16, survived being beaten with a tire iron.

Two days later, on July 7th, Linda Fortuna, 63, was attacked and Richard Ramirez tried to rape her, but for a second timed failed to complete the deed.

On July 20th, he struck twice. In Sun Valley he shot and killed a 32-year-old man, Chitat Assawahem. His wife Sakima, 29, was beaten and forced to perform oral intercourse. Richard then robbed the couple and left.

Later in the same day a Glendale couple, Maxson Kneiding, 66, and his wife Lela, also 66, were shot and their corpses mutilated.

On August 6th, the Night Stalker, Richard Ramirez shot both Christopher Petersen, 38, and his wife, Virginia, 27, in the head. Miraculously, they both survived.

Ramirez then left the Los Angeles area and, on August 17th, he shot and killed a 66-year-old man in San Francisco. Richard also shot and beat the man’s wife. She, however, survived and was able to identify her attacker as “The Walk-in Killer” from police sketches. Since “The Walk-in Killer” no longer fit the modus operandi of the attacker, the press re-dubbed him the “Night Stalker.”

The Night Stalker Gets A Name – Richard Ramirez

Richard had traveled 50 miles south of Los Angeles to Mission Viejo. Once there, he broke into the Mediterranean Village apartment of Bill Carns, 29, and his fiance, Inez Erickson, 27. Richard shot Carns in the head and raped Erickson. He demanded she swear her love for Satan and, afterwards, forced her to perform oral sex on him. He then tied her and left. Erickson struggled to the window and saw the car Richard Ramirez was driving. She was able to give a description of both Richard and the orange Toyota station wagon he was driving.

A teenager later identified the car from news reports and wrote down half its license plate number.

The stolen car was found on August 28th and police were able to obtain one fingerprint that was on the mirror. It belonged Richard Muñoz Ramírez, who was described as a 25-year-old drifter from Texas, with a long rap sheet that included many arrests for traffic and illegal drug violations.

Richard Ramirez Is Identified as The Night Stalker

Two days later, Richard’s mugshots were broadcast on national television and printed on the cover of every major newspaper in California. The day after that, Richard Ramirez was identified, surrounded and severely beaten by an angry mob in East Los Angeles, as he was trying to steal a car. Police had to break up the mob to prevent them from literally killing the man. Richard was promptly arrested.

At his first court appearance, Ramirez raised a hand with a pentagram drawn on it and yelled, “Hail, Satan.” After significant delays in the trial, Ramirez was convicted in 1989 and received 19 death sentences, to which he responded, “No big deal. Death always comes with the territory. I’ll see you in Disneyland.”

Richard Ramirez was subsequently transferred to San Quentin Prison in California, and during his incarceration, he was linked to even more crimes. In 2009, a DNA sample connected him with the April 10, 1984 rape and murder of a nine-year-old girl in San Francisco.

After 23 years on death row, Richard Ramirez died on June 7, 2013, at the age of 53, from complications related to B-cell lymphoma. 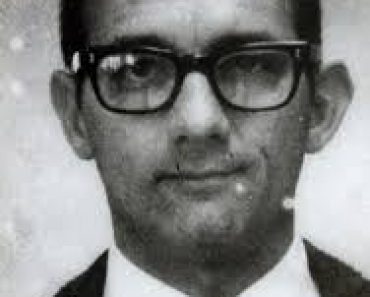 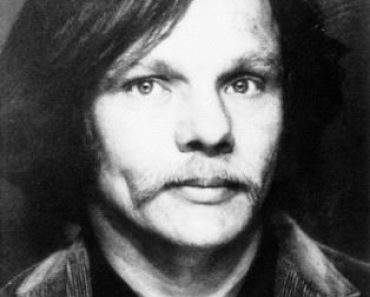