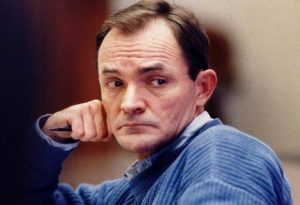 Randy Kraft at a preliminary proceeding in Santa Ana in 1988.

In 1983 Orange County officers pulled a driver over for weaving.

The driver, Randy Kraft, pulled over and stopped his car. He got out of the vehicle and began walking toward the cruiser. Although his manner  was polite, the officer was immediately suspicious. The officer walked Randy Kraft back to his vehicle and found the body of Terry Gambrel slumped over dead in the passenger’s seat. He had been strangled with a belt.

Who Is Randy Kraft

A background check on Kraft revealed a 1966 arrest for lewd conduct in Huntington Beach. In 1967 he had graduated from college with a degree in economics. He then spent a year in the air force but was discharged on grounds related to homosexual behavior. In 1975 he was arrested again for lewd conduct with another man. This time he spent 5 days in jail and paid a small fine. 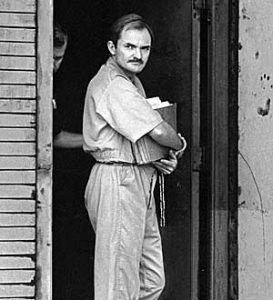 The officer searched Randy Kraft’s car and found forty-seven photos of young men. In the photos some of the subjects were nude. Others were unconscious or dead. They also found a briefcase that contained a notebook with more than 60 messages, all written in a code.

Robert Loggins had been found dead in September of 1980. Photos of his body were found in Randy Kraft’s home. Roger De Vaul, and Geoffrey Nelson were last seen in February of 1983. Their bodies were discovered just days apart and photos of both men were also found in Kraft’s house.

Fibers from a rug in Kraft’s garage matched fibers found on the body of Scott Huges, who was found alongside the Riverside Freeway in April of 1978. Items belonging to a man found dead near Grand Rapids, Michigan were also found in his home. Randy Kraft had worked for a Santa Monica based aerospace firm between June 1980 and January 1983 and had traveled to offices in Oregon and Michigan during times of some of the unsolved murders in each state.

Cracking The Code of Randy Kraft

Prosecutors eventually cracked the code in Randy Kraft’s notebook. “2 in 1 Hitch” referred to the murders of Nelson and De Vaul. “Marine Carson” referred to Richard Keith, a marine last seen in Carson, California, and whose body was discovered in Laguna Hills in 1978. “Jail Out” referred to a murder he committed hours after being released from jail on June 11, 1978. “Parking Lot” referred to the murder of Keith Crotwell, an eight-year-old boy whose severed head was found by a group of fisherman. His body turned up a while later. Kraft was questioned in this case, and admitted meeting Crotwell in a parking lot the day he vanished. 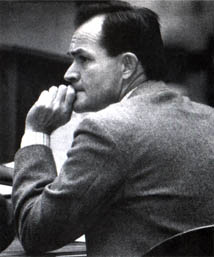 In September 1983, the charges against Randy Kraft stood at sixteen murders, eleven counts of sodomy, nine counts of sexual mutilation, and three counts of robbery.

In January of the next year prosecutors filed written notice of their intent to prove twenty-one additional murders, spanning twelve years, and three states. Randy Kraft was found guilty and given the death sentence.

He is currently awaiting execution on death row in San Quentin State Prison in California. 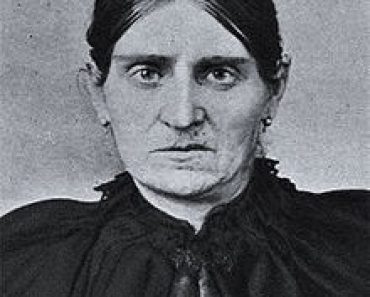 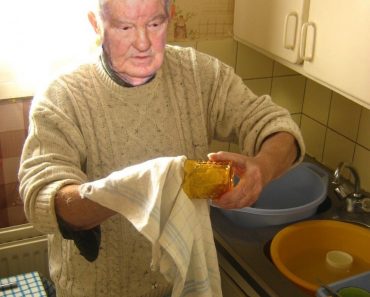 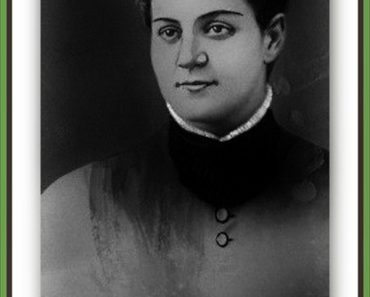