Elias Abuelazam is an Israeli convicted murderer, and suspect of racial serial killing and multiple stabbings. He is suspected in a string of 18 stabbing attacks in the spring and summer of 2010 which resulted in five deaths.

Most of the attacks occurred in Genesee County, Michigan (particularly in and around Flint). Four stabbings occurred outside of Michigan: three in Leesburg, Virginia and another in Toledo, Ohio.

Elias Abuelazam is also suspected in an unsolved March 2009 homicide in Leesburg. All of Abuelazam’s alleged victims were described as “small framed” (e.g. short, thin, non-muscular) men, most of them African Americans.

Abuelazam has been convicted in one of the murders, that of 49 year old Arnold Minor in Flint, Michigan which occurred on August 2, 2010. He is currently serving a sentence of life imprisonment without the possibility of parole for that crime.

As a result, Genesee County prosecutors have announced Abuelazam will not stand trial for the other crimes in their jurisdiction, nor will authorities in Toledo or Leesburg try him. He is currently incarcerated at the Ionia Maximum Correctional Facility in Ionia, Michigan. 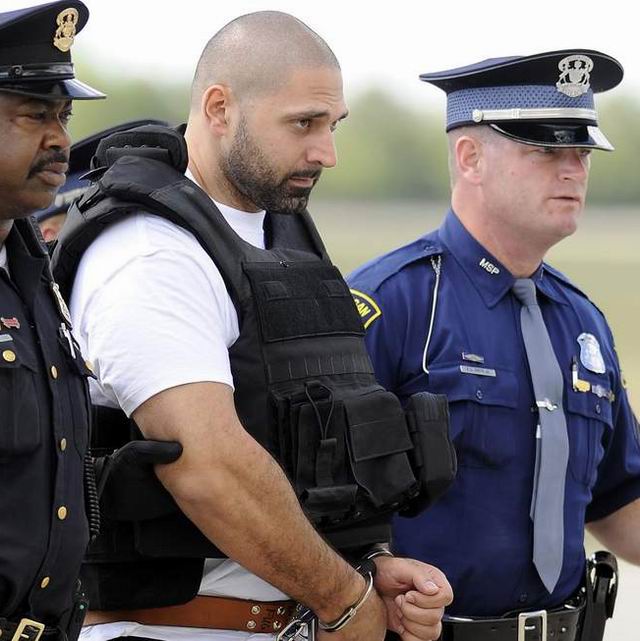 The Personal Life of Elias Abuelazam

Abuelazam was born in central Israel and has Israeli citizenship. He grew up in a well-to-do Christian Arab family in the city of Ramla, Israel. He later moved to the United States, having acquired a green card; however, he is not an American citizen. According to the US State Department, Elias Abuelazam changed his name to Elias Abullazam in March 1995.

He worked as a clerk at Kingwater Market in Beecher, Michigan from July 5 to August 1, 2010. Most customers knew him as “Eli.” He was cited for giving alcohol to a minor July 29, the same day a 59-year-old man was stabbed in Flint, Michigan. Abuelazam’s legal address is in Bradenton, Florida, according to the warrant. He previously lived in Grand Blanc, Michigan, according to Michigan Secretary of State records. Abuelazam most recently lived in a house that his uncle owns located on Maryland Avenue near Riegle Avenue on the east side of Flint, Michigan. 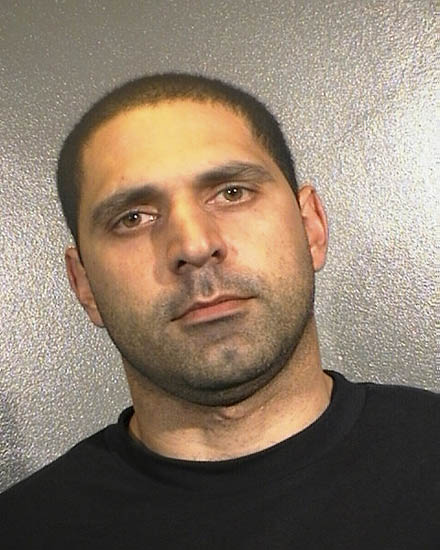 In an August 2010 interview, Jim Hirth said that Elias Abuelazam verbally abused his daughter. Abuelazam and Jessica divorced in 2007. In total, he was married twice. His ex-wife Jessica, of Arlington, Texas, said that she was “shocked” at the news of his crimes.

The Crimes of Elias Abuelazam

Police and prosecutors claim Elias Abuelazam would drive around late at night, approach men who were walking alone, ask for directions or help fixing his vehicle, and then stab them. Abuelazam’s alleged victims have been mostly black, and police in Leesburg suspect the attacks may have been racially motivated. Genesee County prosecutors however declined to speculate on his motive.

Elias Abuelazam is also suspected of having stabbed a friend in the face with a screwdriver while on a visit to his family in Ramla, Israel in early 2010. Police did not pursue the case because the friend refused to press charges.

Leesburg Police have said Abuelazam is also a suspect in an unsolved homicide from March 2009.

The Investigation of Elias Abuelazam

In Genesee County, the announcement that a string of stabbings in the Flint area that date back to May was the work of one man came on August 4, 2010. The next week on August 9, police in Leesburg connected three stabbings there via their victims’ descriptions of the suspect, his vehicle and his mode of operation. That same day a multi-jurisdictional full time task force was set up in Genesee County. The next day Toledo Police claimed a stabbing there also matched the suspect. 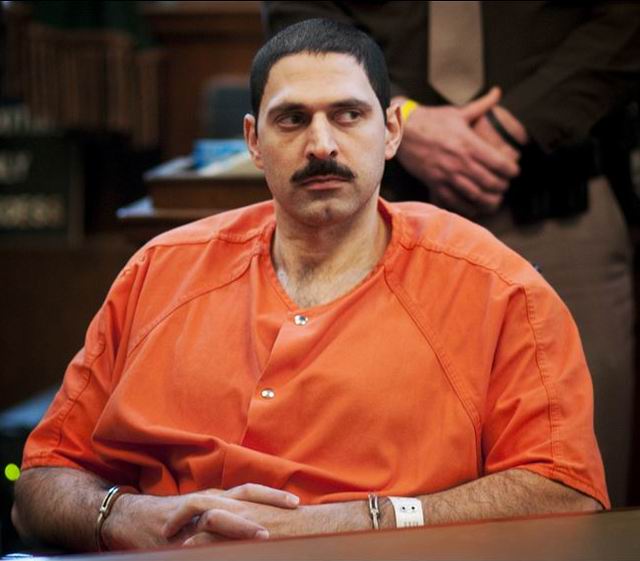 The Arrests of Elias Abuelazam

Elias Abuelazam was arrested August 5 in Arlington, Virginia, during a traffic stop. He was taken into custody because he had a warrant out for his arrest for simple assault and later released on personal bond.

He was again arrested by U.S. Customs and Border Protection officers on August 11 at 10:00 p.m. ET in Hartsfield-Jackson Atlanta International Airport, while preparing to board a Delta Airlines flight bound for Tel Aviv.

On August 13 he waived his right to fight extradition to Michigan. Abuelazam’s family has hired Lansing based attorneys Brian Morley and Edwar Zeineh. He was flown to Flint on August 26 and lodged in the Genesee County Jail. He was held in solitary confinement, likely for his safety and because he is suspected of extremely violent crimes. At his arraignment, he was ordered held without bond by the judge, even after the prosecutor asked for $10 million bail.

During the evidentiary hearing for the Arnold Minor murder case, the judge ruled that evidence of the other Genesee County attacks could be used in the trial.

The trial began on May 8, 2012. The prosecution’s key piece of evidence was Minor’s blood on a pair of pants found in Abeulezam’s luggage. On May 15, the prosecution rested after calling 50 witnesses, including other victims and their relatives, several forensic experts, as well as Abuelazam’s uncle who assisted police in his capture.

Two days later on May 17, Abuelazam’s attorneys presented an insanity defense; their sole witness was a psychiatrist hired by his attorneys who diagnosed him with paranoid schizophrenia and said Elias Abuelazam told him he committed the crimes because of “evil spirits.” The doctor also said Abuelazam told him he attempted suicide in 1997 and was diagnosed as psychotic by an Israeli psychologist in 2009.

The prosecution responded by attacking the psychiatrist’s credibility, noting that his field of expertise is drug and alcohol addiction treatment. The next day, the prosecution refuted the psychiatrist’s diagnosis with two of their own mental health experts. Two psychologists who testified on behalf of the prosecution agreed that although Abuelazam has an unspecified personality disorder and he lacked empathy, his attacks were too planned out and organized for him to be considered legally insane.

On May 22, 2012, after only an hour of deliberation, the jury found Elias Abuelazam guilty of Minor’s murder. On June 25, 2012, Abuelazam was sentenced to life imprisonment without the possibility of parole.

On October 8, 2010 an Ohio grand jury indicted Abuelazam and charged him with felonious assault in the stabbing of church janitor Tony Leno in Toledo, Ohio.

On October 21, 2010 he was charged with murder in the stabbing deaths of Frank Kellybrew and Darwin Marshall of Flint, Michigan. 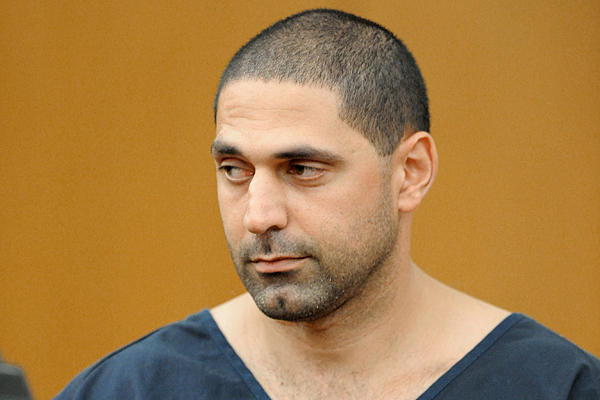 On November 12, 2010 he was charged with malicious destruction of property for smashing out the windows of a car belonging to James Augsberger, boyfriend of witness Lucinda Mann.

On November 23, 2010 he was charged with assault with intent to murder in the stabbing of Antoine Jackson on July 12, 2010 in Burton, Michigan.

Elias Abuelazam will never see the light of a free day again! Life without parole! 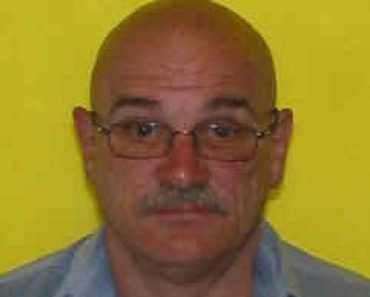 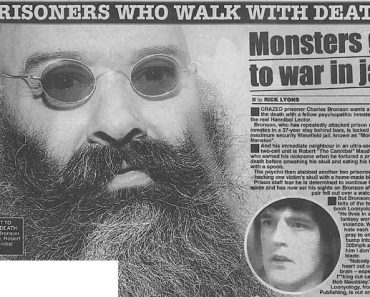 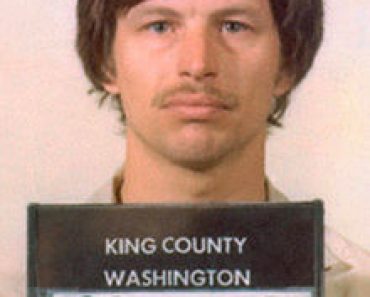