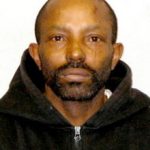 Anthony Edward Sowell is an American serial killer who murdered eleven women and buried their bodies in the crawl space, the basement and in the yard of his Cleveland, Ohio home. He was a kidnapper, a rapist (by the age of 11 – raping his younger niece daily) and a necrophiliac.

In 1978 he joined the Marine Corps. Before his career ended in 1985, he had received a Good Conduct Medal with one Service Star, a Sea Service Deployment Ribbon, a Certificate of Commendation, a Meritorious Mast, and two Letters of Appreciation. Seems he was truly one of those ‘few good men.’  He returned to Cleveland.

In 1989 he invited a pregnant woman to his home and, when she decided to leave, he (Anthony) decided differently. He bound her hands and feet with a tie and belt, and gagged her with a rag. Then he savagely raped her. When she finally freed herself, she went straight to the law. Anthony spent the next 15 years in prison. He was released in 2005.

Lori Frazier, the niece of Cleveland Mayor Frank Jackson, met and started living with Anthony shortly after his release. She complained often about the stench in and around the house. Neighbors likewise bitched about the same rancid odor and complained often to the health department about the smell that clung to the neighborhood. It was stated that the smell came from Ray’s Sausage Shop, located next door to Anthony’s apartment.

Once out of prison, Anthony found work in a factory but was laid off in 2007. After that he collected unemployment and sold scrap metal for a living. He became a member of an online dating service, where in his profile read that he was a “Master” looking for a submissive person to “train.” Lori moved out in 2008.

THE ONE THAT GOT AWAY

The following year, in September of 2009, Anthony invited a date into his home for a drink. After several beers Anthony suddenly turned angry and punched the woman, knocking her to the floor. He then strangled her until she passed out and then he raped her. He later let her go. She fled straight to the police and reported the incident. On October 29th, nearly a month later, the authorities obtained a warrant and headed to Anthony’s home to make an arrest for the alleged rape.

Anthony wasn’t home. With warrant in hand, they entered the premise. The sight before them warranted backup. The two dead bodies in the living room also gave them reason to arrest Anthony on more than a rape charge! He was arrested two days later.

The rotting corpses of four more women were found inside the home, in the basement and in a crawl space under the house. Three more bodies were unearthed from the backyard, skeletal remains of yet another was found and a skull was found in a bucket inside the house. The body count had reached eleven, many of the victims with gags still in their mouths!

Anthony Sowell was charged with eleven counts of aggravated murder, over 70 counts of kidnapping, rape, tampering with evidence and abuse of a corpse. In September of 2011, he was given death and now lives on death row at at Chillicothe Correctional Institution. His house was demolished in December of the same year, 2011. 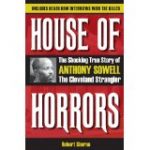 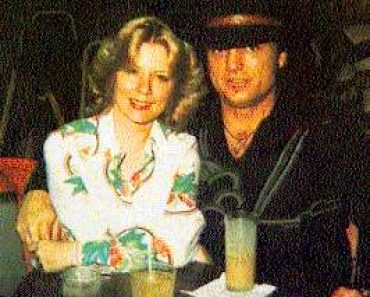